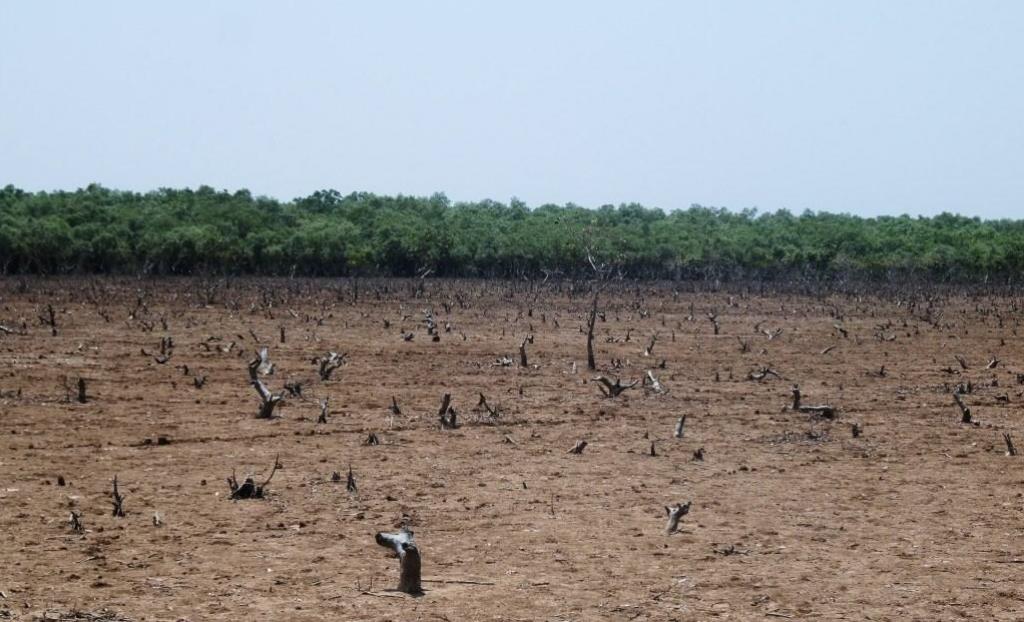 Cyclone Yaas will hit Odisha’s coast between Balasore and Bhadrak districts near the famous Bhitarkanika National Park on the morning of May 26, 2021, according to the latest forecasts.

The cyclone will make landfall at Dhamra in Bhadrak district. It will cause extensive damage in Dhamra and Chandbali in Bhadrak while crossing the coast by May 26 noon, according to HR Biswas, director of the India Meteorological Department (IMD)’s Regional Meteorological Centre in Bhubaneswar.

The entire area spanning Paradip in Odisha to Sagar Island in West Bengal will come under the direct impact of the cyclone, Biswas added.

The Joint Typhoon Warning Center (JTWC) of the United States Navy also predicted the latitude and longitude data for the place of Yaas’ landfall as 20.79 degrees North and 87.08 degrees. This location is around the Bhitarkanika National Park in Kendrapara district. The landfall will be spread over a 63 kilometre-wide area according to the JTWC.

The Kendrapara administration had rushed more rescue teams to the areas around the park following the forecast May 25, Sambeet Satapathy, the district emergency officer of Kendrapara, said.

The Bhitarkanika National Park is India’s second-largest mangrove forest after the Sundarbans in West Bengal.

Residents of the area highlighted how the mangroves which protected the region from cyclones were vanishing fast.

Mangrove forests shelter the seaside villages from the worst impact of storms. The more mangroves, the better the protection. But large numbers of rich and influential prawn mafias have cleared the mangroves lately for developing prawn farms. We have become very vulnerable now.

“Mangrove trees provide a formidable natural barrier against cyclones and storm surges and play an important part in stabilising the shore line,” he added.

Sagar Das of Goja village said his village had been saved in the 1999 Super Cyclone by the mangroves. “But now, Cyclone Yaas will consume us due to the non-existence of mangrove forests, the natural barrier against the cyclone and storm,” the 59-year-old resident said.

“We are not worried about Yaas as our village is surrounded by dense mangrove forest,” Pradip Das, a resident of Dangamal village near the park, said.

Bikash Ranjan Dash, the divisional forest officer of Bhitarkanika said the administration had been taking action against prawn mafias who illegally cut mangrove trees. “Recently, we dismantled around 400 acres of prawn farms,” he added.

Hemant Rout, the secretary of the Gahirmatha Marine Turtles and Mangrove Conservation Society non-profit said the loss of mangroves was due to government inaction.

“In 1971, the government had appointed a committee to look into ways to reduce the loss of life and property due to cyclones. P Koteswaram, director-general of observatories and the head of IMD, headed the committee,” he said.

The committee had given 59 recommendations to mitigate the ruinous effects of cyclones. But the state government did not pay any heed to the committee’s report. Rout said the committee had recommended embankments to be built along the coastline vulnerable to tidal inundation along with afforestation to a depth of about 1 km.

The recommendations were gathering dust in official files since a long time, he added.