The maize belt of South Africa has witnessed crop failure rates of over 50 per cent due to the lack of rainfall, the World Food Programme (WFP) said 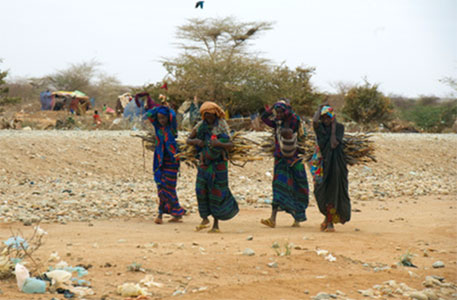 A severe drought in the maize belt of South Africa may lead to possible food shortages in southern African region over the next few months.

According to SouthAfrica.info, a site offering comprehensive information about the country, maize is the largest locally-produced field crop there and the most important source of carbohydrates in southern African.

However, the maize belt of South Africa has witnessed crop failure rates of over 50 per cent due to lack of rainfall, the World Food Programme (WFP), the food assistance branch of the United Nations, said recently.

In South Africa, maize production was estimated to have dropped by a third, compared to 2014, putting it on track for a harvest of 9.665 million tonnes, the worst in eight years, WFP said. South Africa produces more than 40 per cent of regional maize.

Rainfall experienced in the region in March and April provided some relief to livestock farmers, but it arrived too late for food and cash crops, an assessment report by WFP’s Food and Nutrition Security Working Group said.

Zimbabwe is facing a looming food deficit due to widespread crop failure, it added.

It is likely that southern African nations have to supplement their domestic production with increased imports, thus pushing up food cost.