The natural disaster, which claimed over 40 lives, has caused huge losses to around 8,000 paan farmers across Odisha’s Jagatsinghpur, Puri, Balasore and Bhadrak districts. 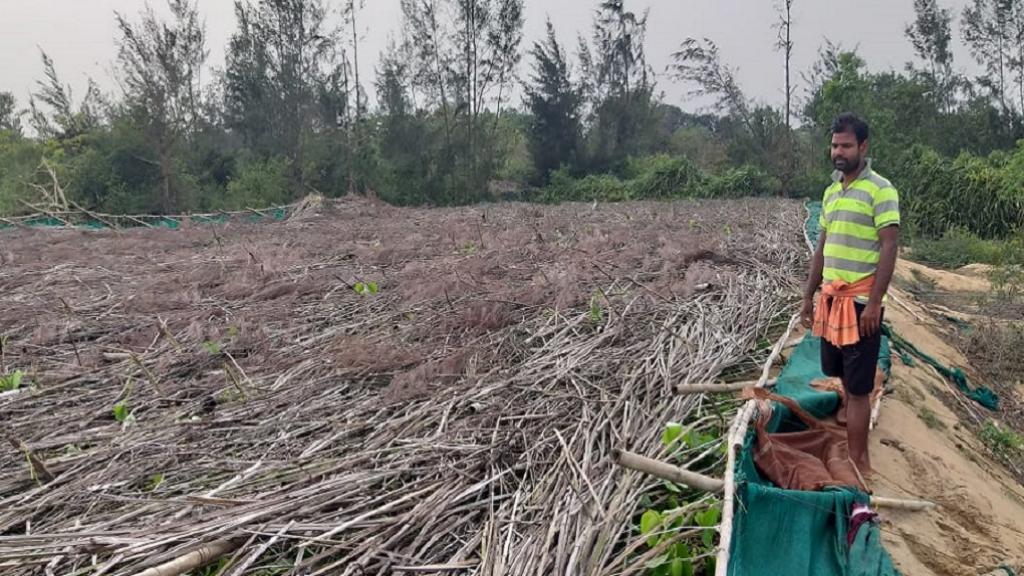 Cyclone Fani, the second-most powerful cyclone to have hit Odisha, has severely damaged many betel vineyards across the coastal pockets of the state, affecting paan supplies across the country. Fani made landfall in Puri on May 3, 2019 with a wind speed of 175 kilometres per hour and has severely paralysed the state.

The natural disaster, which claimed over 40 lives, has caused huge losses to around 8,000 paan farmers across Odisha’s Jagatsinghpur, Puri, Balasore and Bhadrak districts.

“Millions of green betel leaves in many paan farms have been ruined by the heavy rains accompanied by high velocity winds of Fani. Betel leaves are either now rotting or have been bruised. Lakhs of betel vines are scattered over the ground due to incessant rain and wind,” said Pravakar Das, a betel grower of Gobindapurr in Jagatsinghpur district.

“The rains and winds damaged my two acres of betel farms as a result I suffered huge losses,” said Kailash Das, a betel grower of Dhinkia in Jagatsinghpur district.

Adding to the woes of betel farmers is the non-implementation of the various beneficiary projects meant for them and no financial support from the government or insurance companies. Calls to the district administration and the district agriculture officer for financial help went unheard, alleges Suresh Chandra Swain from Dhinkia.

“Our area is known as the paan bowl of Odisha, as the sandy land in our villages has all the ingredients for to make paan cultivation thrive. The decision by the South Korean steel giant Posco to shelve its steel plant project, two years back, cleared all the impediments for villagers to raise betel vines over more lands. But Fani has damaged our back bones,” said Debendra Swain, member of the Panchayat Samiti, Dhinkia Gram Panchayat.

Further, the natural disaster has also affected trade of paan across the country and is also expected to affect export.

“We used to supply around 700 to 800 baskets of paan from Bhubaneswar to Mumbai in train each day. One basket contains around 2000 paan leaves. Each basket costs around Rs 2000 at present. Since May 3, paan supplies have been stopped,” Naresh Das, a paan trader in Bhubaneswar said.

Meanwhile, on May 9  Aditya Prasad Padhi, the Chief Secretary of Odisha government has directed horticulture officers of the Fani affected districts to submit damage assessment report to the state government shortly.

“After getting the report, we will chalk out plans to help the affected Paan farmers,” Padhi said.