Fire recorded at 23,000 points across Odisha in one week: Forest Survey of India 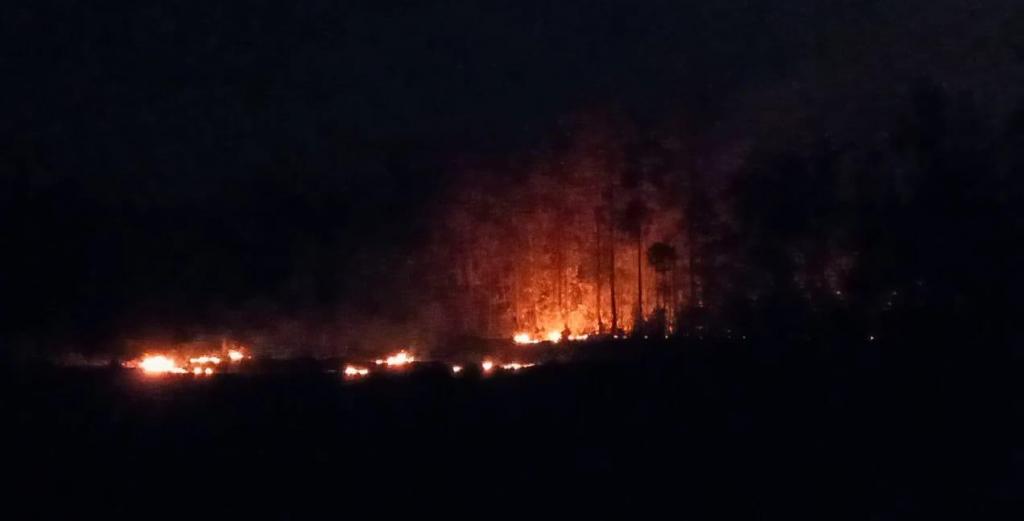 Fires were recorded in over 23,000 points across Odisha during the last week, according to new data released by the government March 8, 2021.

It had recorded 686 active large fire incidents and 23,185 fire points within a week in Odisha’s forests as of March 8.

The rise in forest fires across Odisha this year can be attributed to a lack of proper planning, Jayakrusnha Panigrahi, the secretary of Odisha Environmental Society, told this reporter.

“Forest officials delayed the renovation of ponds and water bodies before the summer. The resulting shortage of water in the forest aggravated the fire situation. With vast areas of forest land being gutted in the state, wild animals have begun migration to human settlement area,” Panigrahi said.

Thousands of people are battling deadly forest fires in the Similipal Tiger Reserve in Mayurbhanj district.

The forest fire poses a massive threat to snakes, elephants, tigers, bears and other animals, medicinal plants and other trees.

A herd of elephants came down from the forests of the Similipal Tiger Reserve March 7 into the Beladiha, Rangada, Raghunathpur and Canchipada villages due to the massive inferno.

“The government has issued a toll free number 1800-3457-158 for the transmission of information on forest fire incidents, smuggling and other forest and wildlife-related issues.  All- out efforts are being made to douse the forest fires in the Similipal Tiger Reserve and its nearby areas. Forest fire points are being attended on an hourly basis. Appeal to everyone to trust us in our endeavour.”