The Category 5 hurricane is moving at 1.5 km/hr and can hit any one out of five southern US states 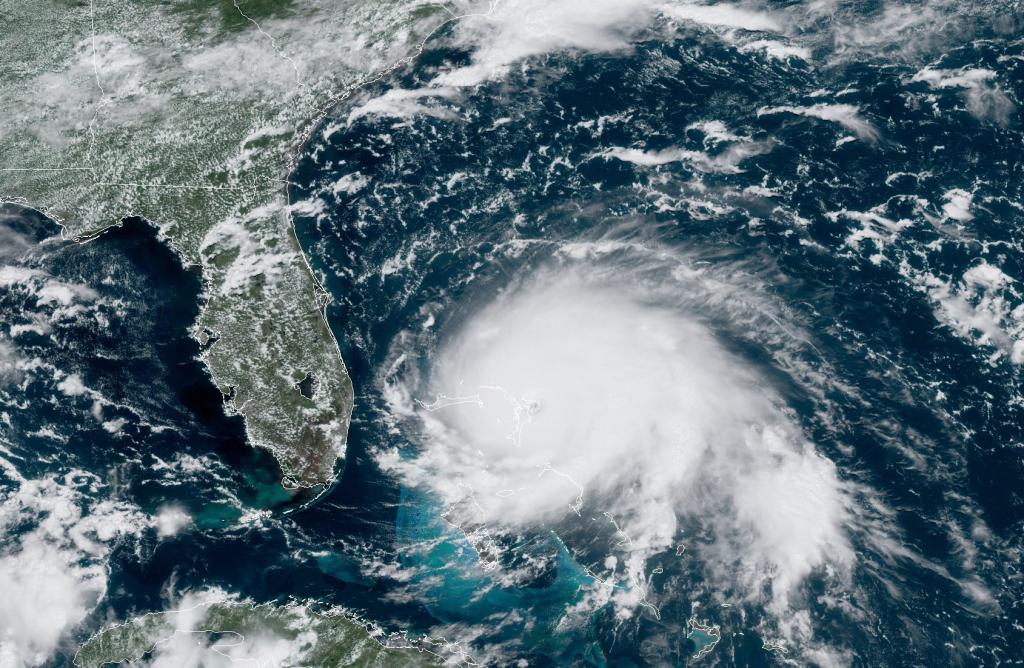 Hurricane Dorian, that is battering the Bahama islands right now, is the most powerful storm to hit any part of the world this year. When it made landfall on the night of September 1 in the Abaco islands of the north west Bahamas, it also became the strongest hurricane ever to hit this region.

The wind speeds at landfall were measured at around 285 kilometres/hour (km/hr). The National Hurricane Centre of the United States predicted wind speeds as high as 340 km/hr and sea level rise of up to six metres. Many islands of the Bahamas are also at a similar height above the sea level which might mean that they will be under water in the next day or so, causing large-scale destruction.

Apart from the fact that Dorian is a Category 5 hurricane - highest on the Saffir Simpson scale - what makes it extremely dangerous is its slow movement. Slow-moving storms cause much more rainfall, increasing the chances of flooding in the regions of impact. Typically, a hurricane moving at around 8 km/hr can cause up to 760 millimetres (mm) of rainfall. Dorian is moving at around 1.5 km/hr currently.

Recent examples of such hurricanes were Florence in 2018 and Harvey in 2017, both of which hit the United States. Extremely severe Cyclone Fani, which hit the Odisha coast in April-May this year, was also an example of a slow-moving cyclone.

The storm meandered over the Bay of Bengal and east and north east India for 11 days, making it the longest lifecycle of a cyclone ever observed in the Bay of Bengal, according to KJ Ramesh, former director general of the India Meteorological Department (IMD). It kept IMD on its toes despite five doppler radars deployed over four states to track it.

This slow movement was largely because of localised winds that steer the cyclones towards warmer ocean waters where it can gather more moisture and energy.

The slowness also makes the storms unpredictable as they move along the coast, collecting more and more fuel in the form of water vapour. In the case of Fani, forecasters had first predicted that it would make landfall in Tamil Nadu, then focus shifted towards the Andhra Pradesh coast and not until it finally made landfall in Odisha, were they sure of it.

Hurricane Dorian is behaving similarly as it looks to move towards the eastern US coast, first scaring Florida, then Georgia, South and North Carolina. It might make landfall anywhere in these states in the next five days. But what exactly is making cyclones so unpredictable?

A cyclone forms around a low-pressure area that pulls air from the ground, expands and cools it down. When this process keeps repeating, the cyclone collects moisture and grows.

Apart from this, there is variation in air pressure throughout the interior of a cyclone which creates a large air pressure gradient force responsible for strong winds in the eye-wall of the storm, the deadliest part of the cyclone. The air pressure in different parts of a cyclone is measured using satellite imagery, weather balloons and radar-carrying aircraft and is usually factored in during forecasts.

Local wind movements, on the other hand, have always been difficult to record due to unpredictability in wind speed and direction in the lowest 10 km of the atmosphere which is called wind shear. If vertical wind shear, which includes the winds moving towards the upper layers of the atmosphere and affects the top part of the cyclone, is high, the cyclone becomes unstable and dissipates quickly. When it is low, the cyclone gets access to more moisture and becomes intense.

The second factor is horizontal wind shear which constitutes the winds closer to the sea surface and either feeds the cyclone or corrodes it. When the direction of these winds is in sync with those of the cyclone, it can intensify the cyclone.

It can also push the cyclone towards warmer waters where moisture is easily available. But if the horizontal wind shear decreases then it allows the cyclone to grow.

Though the theoretical aspects of both vertical and horizontal wind shear are well-understood, actual observational data on these for a live cyclone are notoriously difficult to measure. A complete understanding of the minutest details of winds around a cyclone forms the missing link in accurate prediction.