Weathermen have warned of “catastrophic” flooding in the eastern Carolinas 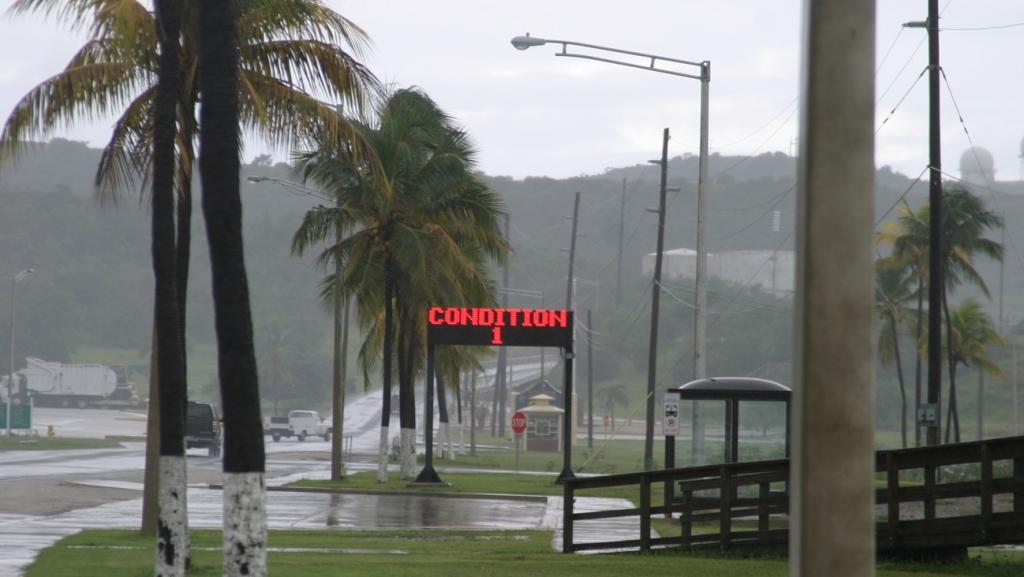 Hurricane Florence is moving closer to east coast of the US, and heading towards the states of North and South Carolina. It could be the most intense storm to strike the region at least since Hurricane Hugo struck in 1989. 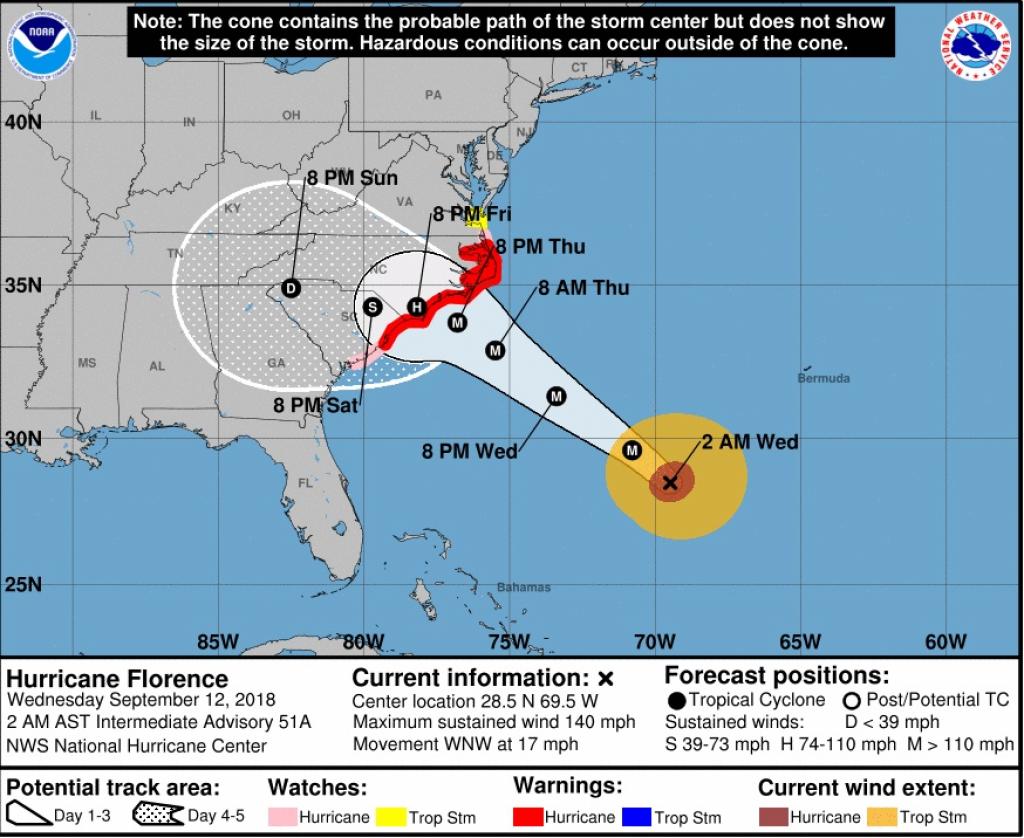 According to forecasts, Florence will make landfall in southeast North Carolina on Friday (September 14), bringing along with it torrential rain. It could break North Carolina’s record of 24 inches of rainfall during Hurricane Floyd in 1999.

Weathermen have warned of “catastrophic” flooding in the eastern Carolinas.

The #GOESEast satellite captured this close-up of the menacing eye of Category 4 #HurricaneFlorence this afternoon as the storm continues its trek toward the East Coast. Latest: https://t.co/AiRiNlrspa pic.twitter.com/eiTl40Qeyx

“This will likely be the storm of a lifetime for portions of the Carolina coast... I can’t emphasize enough the potential for unbelievable damage from wind, storm surge, and inland flooding with this storm,” one of the meteorologists on duty for the National Weather Service office was quoted saying.

The National Hurricane Center issued a hurricane warning for the coast from Duck in North Carolina to the South Santee River in South Carolina.

The storm was reportedly centered 670 miles southeast of Cape Fear at 11 pm local time on September 11. It is moving at 17 mph. The Category 4 storm is expected to draw energy from the warm Atlantic water and intensify into a Category 5 hurricane, which could mean winds blowing at a speed of 157 mph or higher.

More than 1.5 million people have been ordered to evacuate coastal areas ahead of the storm.