India’s forest fires are getting bigger and hotter, like the rest of the world 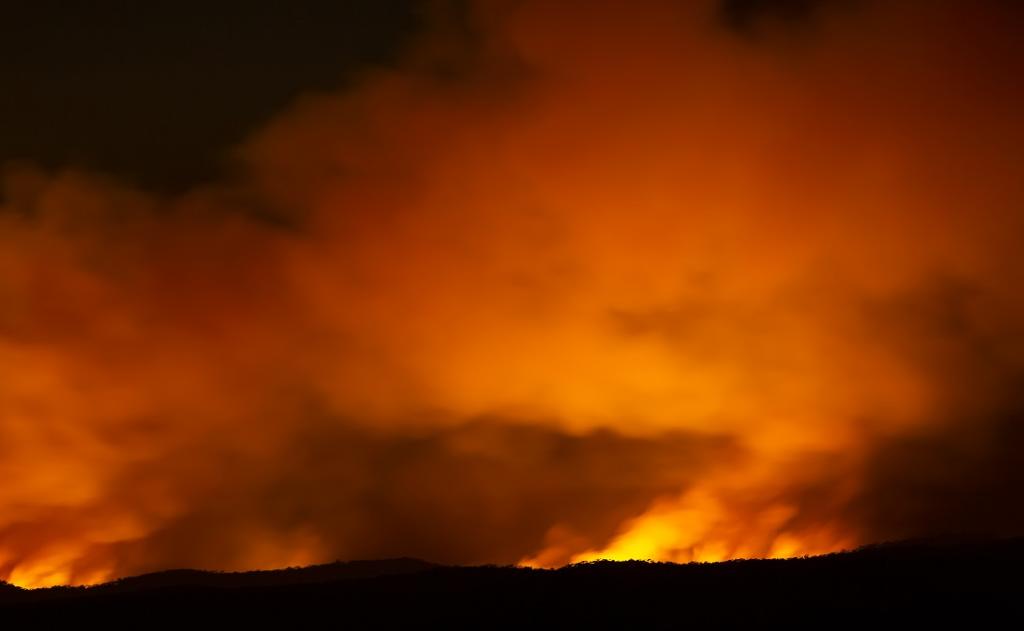 Fire is changing because humans are changing the conditions in which it occurs, according to experts. Photo: iStock

A recent report has stated that the probability of wildfire events similar to Australia’s 2019-2020 Black Summer will increase by 31-57 per cent in the future. If India’s forest fire season this year is any indication, we are already there.

There have been fires in Rajasthan’ Sariska Tiger Reserve, Odisha’s Similipal Wildlife Sanctuary, Madhya Pradesh’s Ladkui jungles in Sehore district and the forest areas of the Majhgawan region of Satna district and the Perimalmalai Peak near the Kodaikanal hills of Tamil Nadu’s Dindigul district before the end of March, 2022.

There were around 340 (by 4 pm) incidences of fires on the last day of March, with 1,141 large forest fires (LFF) continuing for the last seven-eight days according to the Forest Survey of India (FSI). There were 136,604 fire points in the country from January 1 to March 31, 2022.

The report, Spreading like Wildfire: The Rising Threat of Extraordinary Landscape Fires, prepared by the United Nations Environmental Programme, has sounded the alarm on wildfires.

“Fire is changing because we are changing the conditions in which it occurs,” the report, released February 28, 2022, said.

“Even with the most ambitious efforts to curb greenhouse gas emissions, the planet will still experience a dramatic increase in the frequency of extreme fire conditions. This means that by the end of the century, the probability of wildfire events similar to Australia’s 2019-2020 Black Summer or the huge Arctic fires in 2020 occurring in a given year is likely to increase by 31-57 per cent,” it added.

It is not just the increasing incidence of fires in both, India and the world. The infernos will also spread (or are already spreading) across much larger areas as compared to previous years.

So, approximately 22 per cent area of forest cover in India falls under the highly and extremely fire-prone category.

The IPCC Sixth Assessment Report, 2021 states that weather conducive to wildfires (hot, dry, and windy) has become more frequent in some regions and will continue to increase with higher levels of global warming.

Experts agree. “There are two things that are needed for forest fires — fuel and ignition. If there is enough fuel for a fire, it may keep burning and spreading for long. For example, pine needles are highly fire-prone and so pine forests are very prone to fires,” Promode Kant, a retired Indian Forest Service official told Down To Earth.

“Similarly, if there is fuel on the forest floor like dried twigs, leaves, dry grass and no fire lines, the fire can spread far and wide. Dead and decaying trees also make for fuel,” he added.

WWF International in its 2020 report estimated that humans are responsible for 75 per cent of wildfires, worldwide and much of the increase in forest fires in 2022 could be linked to human activities. In April 2020, the number of fire alerts globally were up by 13 per cent from last year, which in itself was a record year.

Nearly 49,000 sq km of forests were burned in 2014 alone, according to Strengthening Forest Fire Management in India by the Union Ministry of Environment, Forest and Climate Change and the World Bank.

“Wildfires are burning longer and hotter in places they have always occurred and are flaring up in unexpected places too, in drying peatlands and on thawing permafrost,” the report read.

Environmentalist Mohan Parjane, in Beed, Maharashtra said: “Someone unintentionally set fire to the forest in the Shahiyadri Vanrai range, five km from Beed district, causing it to spread in 10 acres. One does not even find mahua here in the forest, so there was no reason for them to set fire to it.”