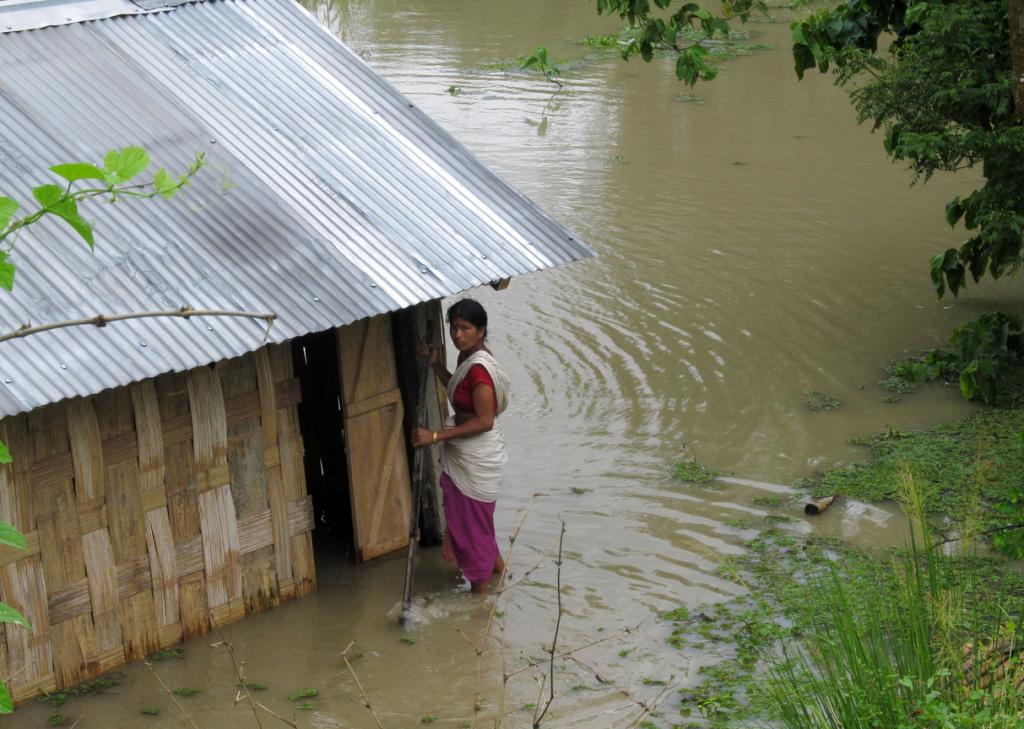 Assam will need 943 years of flood protection measures to prevent a crisis like the one it is witnessing if its pace of preparedness and climate adaptation doesn’t increase, according to a new study.

The northeastern state has always been flood-prone. In 2022, the flooding started as early as May, with 62 per cent above average rainfall from March-May —  a 10-year high, according to India Meteorological Department data.

The analysis published in the journal Nature September 2021 calculated the extent of flood protection levels countries need to employ in terms of years. 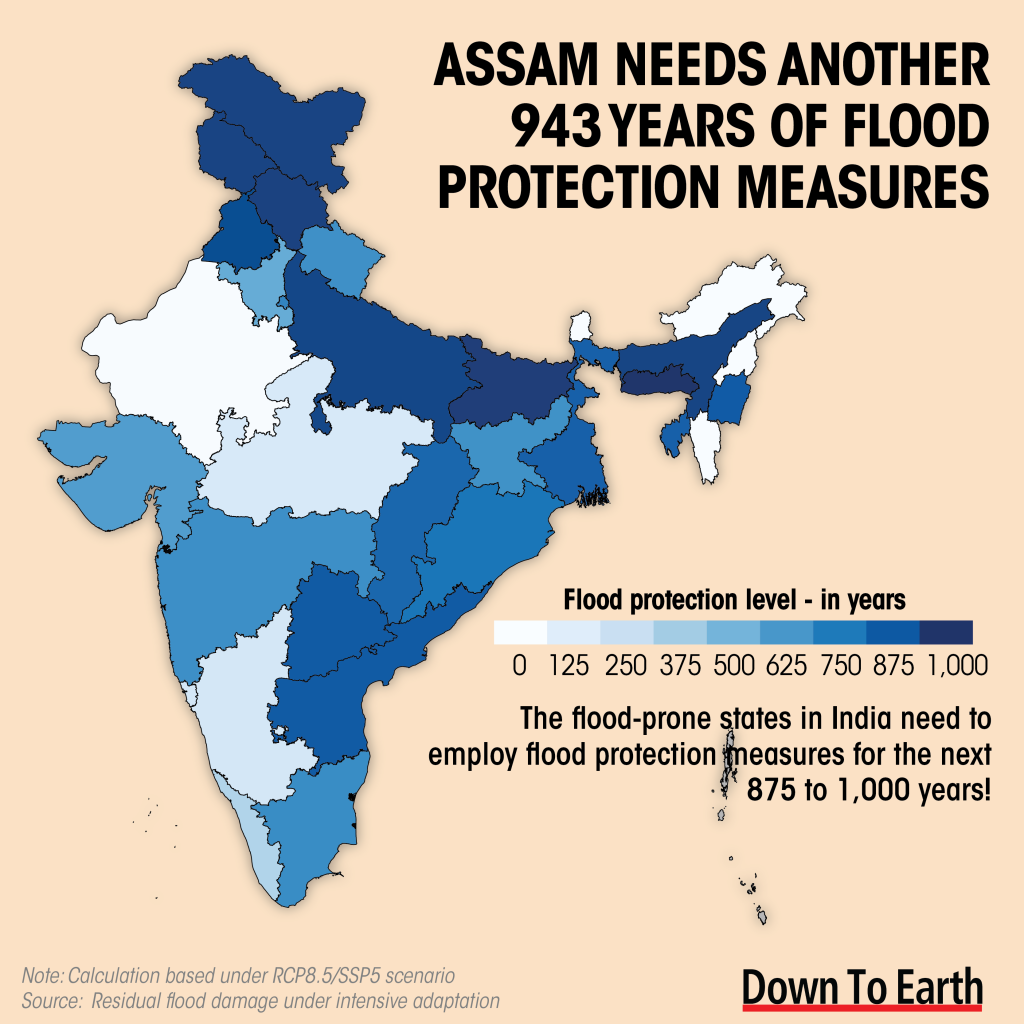 Other flood-prone states like Bihar, Uttar Pradesh and Meghalaya will need 966, 935 & 996 years respectively, the report found.

Currently, 33 of Assam’s 35 districts have been affected due to flooding along the Brahmaputra basin, according to the Assam State Disaster Management Authority. Over 4.2 million people have been affected by floods this year, while over 100,000 hectares of cropland have been damaged as of June 20.

RFD refers to the unavoidable increases in flood damage even under an adaptation strategy based on feasible adaptation costs, according to the report. Adaptation strategy in the context of floods includes infrastructural measures employed to mitigate flood risks.

But while a high RFD means higher adaptation costs, the benefits definitely outweigh the costs.

According to the study’s estimate, RFD in South Asia is estimated to be around $4 million (around Rs 31 crore) and adaptive costs around $3 million.

But the benefits from the measures employed amount to over $50 million under Representative Concentration Pathway or 'business as usual' scenario where global greenhouse gas emissions remain the same. On a global scale, the benefits run into $74 billion.

RFD, which is a part of the total EAD outlay, is calculated by subtracting past EAD (1970 - 2000) from future EAD estimates (set to 1,000 years, which is the maximum protection level as shown in the graphic).

RFD (as a part of the gross domestic product) remained high in eastern China, northern parts of India and the central regions of the African continent, according to the analysis carried out by the researchers.

In India, riverine floods — considered one of the major natural disasters — have become synonymous with economic losses. The total flood-related losses in the country were estimated to be over Rs 37 lakh crores from 1953-2017, according to the Central Water Commission.