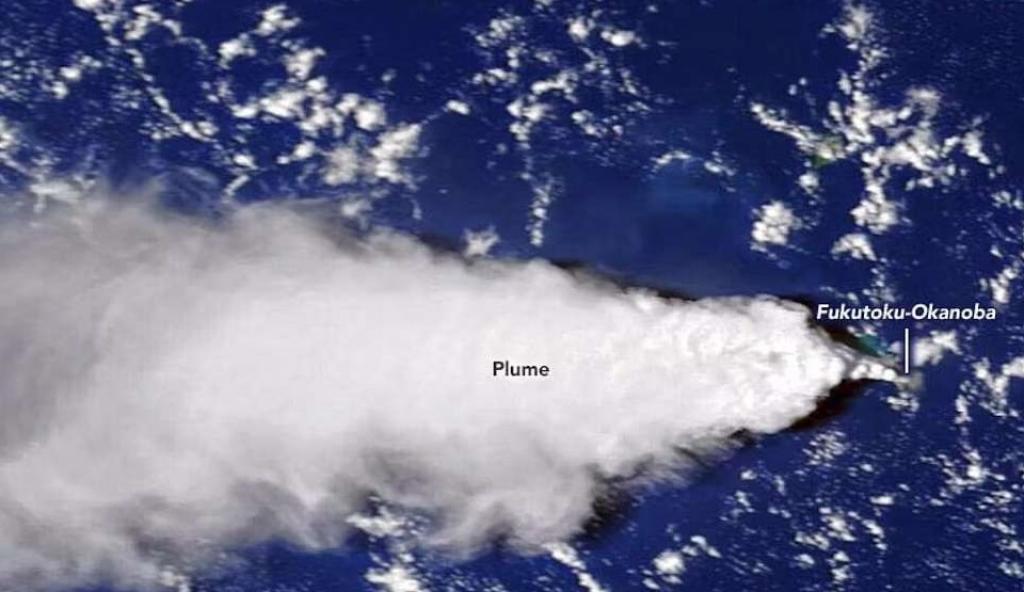 An underwater volcano that exploded in the Pacific Ocean, off Japan, mid-August, poses a risk to the passage of planes and ships, the United States National Aeronautics and Space Administration (NASA) said.

The Fukutoku-Okanoba volcano, is situated about 25 metres (80 feet) below the sea five kilometres north of Japan’s South Iwo Jima Island, exploded August 13, sending a thick plume of smoke into the sky.

This, according to an article on NASA’s website, was unusual as eruptions from submarine volcanoes did not reach the height that the plume did.

On August 14, NASA’s Cloud-Aerosol Lidar with Orthogonal Polarization (CALIOP) sensor recorded the plume reaching a height of 16 kilometres above the surface.

The normal cruising altitude of aircraft is about 10 kilometres. NASA noted that:

The Tokyo Volcanic Ash Advisory Center at the Japan Meteorological Agency had issued an ash advisory to pilots within a few hours of the eruption. Multiple Philippine Airlines flights to Japan were canceled as a result.

According to an expert quoted by NASA, the amount of water in the vent of the volcano determined as to how explosive it eventually turned out to be.

The expert noted that the eruption could have happened in shallow water due to which the ash plume had reached such a height. 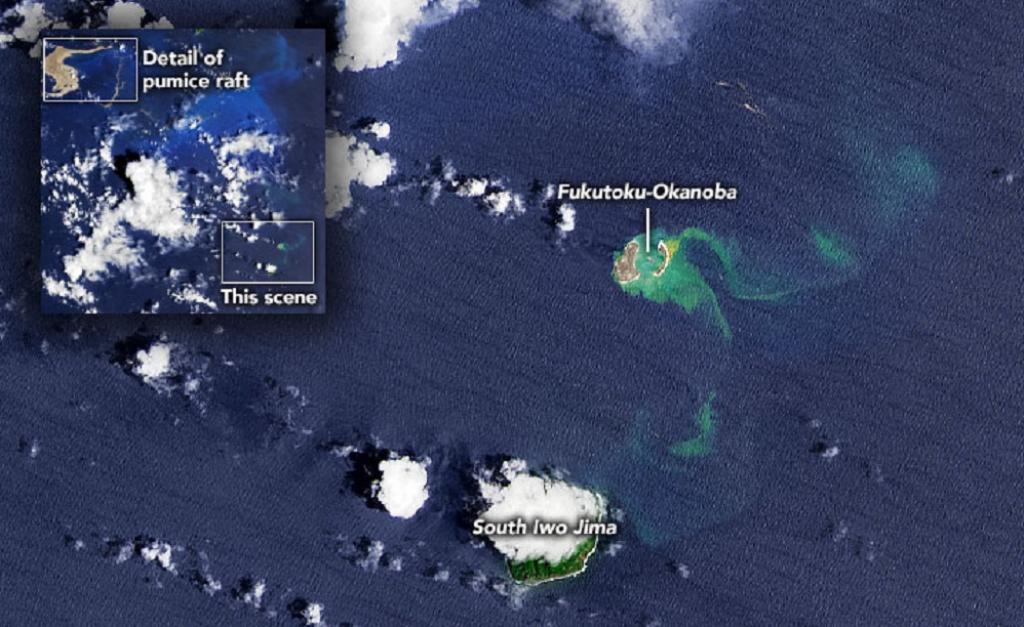 Besides aircraft, the volcano also poses a risk to ships. Satellites had captured large chunks of pumice floating in the sea in the aftermath of the explosion.

According to NASA, pumice was “one of the only types of rock that could float due to a combination of surface tension and the many air-filled holes and cavities found within the rock.”

Pumice was ‘hazardous’ for ships, it said. “In addition to scratching hulls and propellers, floating chunks of pumice can clog cooling systems and engines,” the agency noted.

“Combining cutting-edge satellite data with surface observations gives us the best possible chance to respond in time,” it added.