Man-made earthquakes triggered by fracking, dams are not localised: Study

It was until now believed that such disturbances are limited to an area near the site of injection. 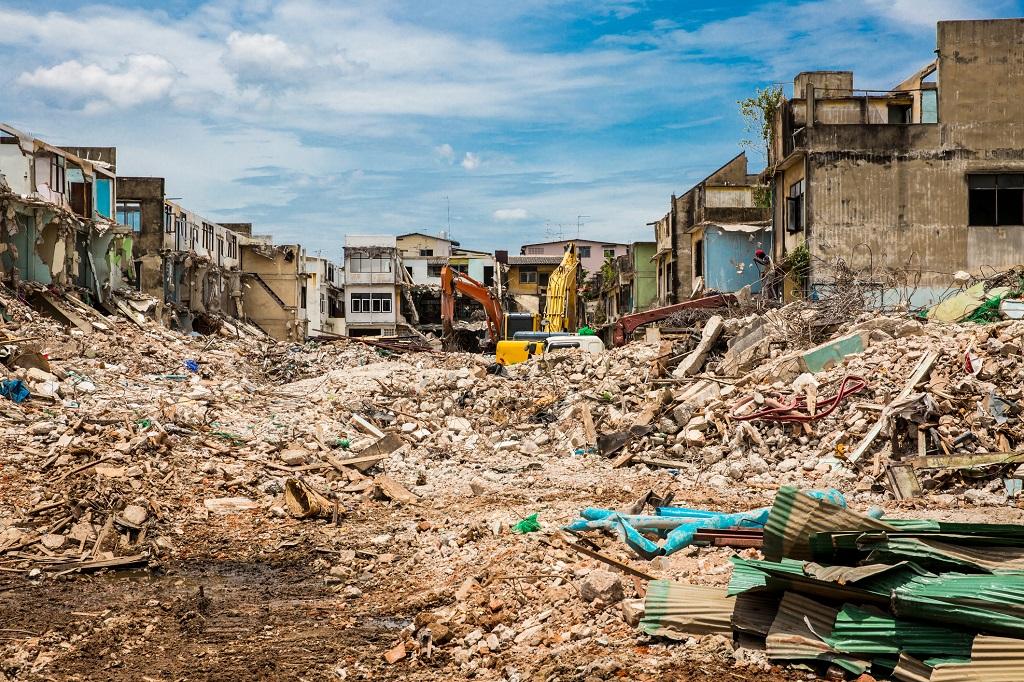 Seismic activity triggered by human actions like construction of large reservoirs or injection of wastewater into the ground for oil and gas production can have far greater implications than previously thought, a new study has revealed.

While it is well known that injection of fluid into subsurface of the earth (one kilometer deep) can cause events like earthquakes, it was until now believed that such disturbances are limited to an area near the site of injection.

The new study has, however, found that subsurface disturbances due to fluid injection can result in earthquakes spread over larger regions, going far beyond the area invaded by the injected fluids. This means, earthquake-triggering stresses can travel far.

“Our study shows that fluid-injection has the potential to cause significant, rapidly spreading earthquake activity beyond the fluid diffusion zone,” explained Pathikrit Bhattacharya of the Indian Institute of Technology–Bhubaneswar in Orissa, lead author of the study, while speaking to India Science Wire.

In India, the most famous fluid-induced earthquake had occurred in 1967 at Koyna in Maharashtra and was attributed to seismic activity generated due to the impoundment of the Koyna dam there. Earthquakes occurring in tectonically quiet region of Oklahoma in the US have also been linked to oil and gas exploration activity there.

It is believed that such regions of man-made earthquake activity surpass the level of seismic activity in hotspots like southern California.

In the new study, published in the journal Science, researchers from India and America used data from earlier experiments and a hydro-mechanical model developed by them to explain the full dimensions of fluid-induced earthquakes. The field data came from experiments done by researchers from the University of Aix-Marseille and the University of Nice Sophia-Antipolis in France.

Oil and gas extraction using fluid injection, as well as wastewater disposal, is known to increase seismicity rate in surrounding regions. Tremblors attributed to these activities have been thought to occur as higher fluid pressures in surrounding rocks trigger instabilities in pre-existing networks of faults. However, injection may also cause aseismic slip — deformation caused along a fault line without any accompanying seismic waves — that may in turn trigger earthquakes.

“The field experiments by the French scientists had demonstrated that when fluid injection occurs near existing faults, their primary response could be slow, quiet, aseismic slip rather than violent earthquakes,” said co-author Robert C Viesca from the Tufts University’s School of Engineering.

“We used this data to show that aseismic slip could rapidly outpace the region of fluid-diffusion and transmit potentially earthquake-inducing stress perturbations to regions remote from the location of injection,” Viesca added.

The ‘Deep Drilling at Koyna’ initiative led by Noida-based National Centre for Seismology and CSIR-National Geophysical Research Institute in Hyderabad is studying detailed behaviour of fluid-induced earthquakes in the region.

“These efforts are expected to yield data about fault behaviour at greater depths in the earth’s crust. Our study is a proof-of-concept of how such data can be used in practice to produce more reliable models of earthquake hazard,” Bhattacharya said.