Over 4,000 people have been successfully evacuated to 14 shelter homes in the Khunta block under Mayurbhanj district of Odisha 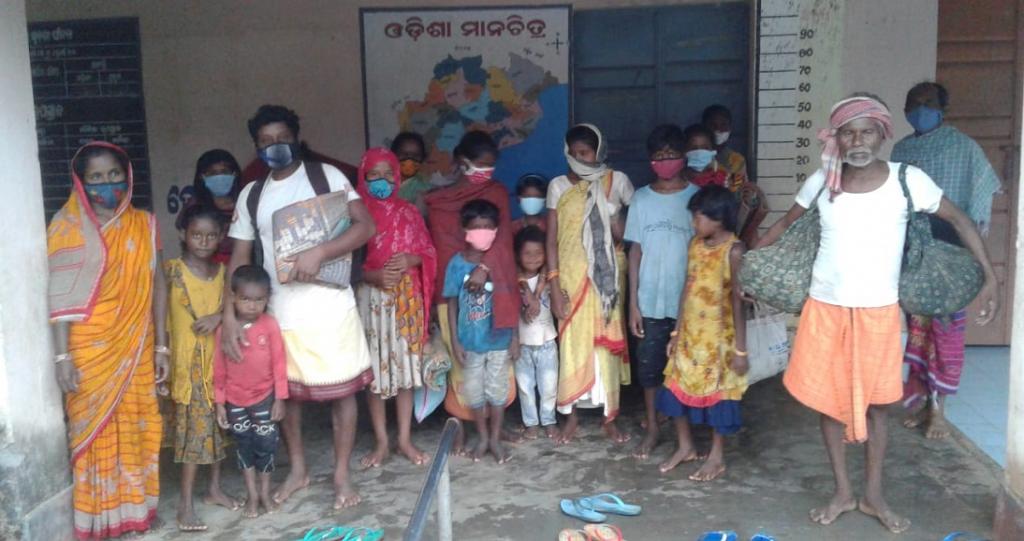 District administrations in coastal Odisha had their hands full May 26, 2021, as Cyclone Yaas made landfall in the morning. Khunta, a block in Mayurbhanj district, situated inland, next to coastal Balasore where Yaas made landfall, offered a glimpse into how authorities were trying to cope with the twin challenges of evacuating people and ensuring that the novel coronavirius disease (COVID-19) did not spread.

Mayurbhanj, Odisha’s third most populous districvt, is located north of Balasore. The Khunta block has been affected by Cyclone Yaas. “There has been heavy rainfall in the past 24 hours,” Basant Kumar Prusti, additional block development officer, Khunta, said.

He added that despite the challenges posed by the novel coronavirus disease (COVID-19) pandemic, the authorities had successfully evacuated about 4,000 people of which, 1,017 were children and 1,745 were women.

Evacuation was the primary concern of authorities as Yaas was brewing in the Bay of Bengal in the last few days. The 14 panchayats of the block have been divided into four clusters where each cluster covers 3-5 panchayats.

This had been done to streamline smooth evacuation, Manas Ranjan Samal, block development officer, said. “One nodal officer has been appointed for each cluster to oversee evacuation, shelter, food and adherence of COVID-19 guidelines,” he added. One shelter house has been selected for each panchayat to accommodate the evacuees.

The other major concern is COVID-19.

Narsingh Patra, the shelter-in-charge of Dukura panchayat, said he had been constantly monitoring whether people in the shelter were maintaining COVID-19 responsible behaviour.

“We are ensuring that each individual is wearing double masks and using hand sanitiser regularly inside the shelter premises,” Suprava Mahaptra, in-charge of the Godigaon shelter house, said.

Srinibas Das, block project manager, Odisha Livelihood Mission, Khunta, noted that children and women were the most vulnerable groups during a natural calamity.

“We have identified 13 pregnant women and facilitated their admission in Udala’s government sub-divisional hospital May 23. We are monitoring their health,” he added.

In panchayats like Karakachia, Bholagadia, Dengam and Dukura, villagers reported the falling of trees and branches due to the storm. In several places, roads were blocked which hindered transport.

“To tackle this, we are working with the Odisha fire brigade team deployed in the district. They are doing a remarkable job by clearing the road and residential premises,” Pramod Kumar Nayak, gram panchayat extension officer, Khunta, said.

In addition to his regular duties, Das is also monitoring smooth operations and the administration of four panchayats including Dukura, Laxamnsahi, Bangara and Sapanchua. “The top priority is being given to accurate reporting from the rural and tribal areas,” Das said.

All nodal officers had been asked to collect data from the district, compile and report it, for timely action and assistance, he added.

The Khunta block administration, in collaboration with members of Panchayati Raj institutions and local self-help groups, is also providing dry food to the evacuees.

SK Vasisht, an Indian Administrative Service officer, along with the Mayurbhanj district collector, superintendent of police and project director of the district rural development authority, visited Khunta May 25.

The officials inspected designated shelters in Dukura and Bholagadia panchayat and ascertained the preparedness of the block authority to mitigate the effects of Yaas.

“The situation is under control,” Manaranjan Nayak, welfare extension officer, Khunta, said. “We are observing the movement of the storm and shall take necessary action when required.”