Over a million people affected by drought in Sri Lanka

With rain not expected for another two to three months, the government has warned that the situation may worsen 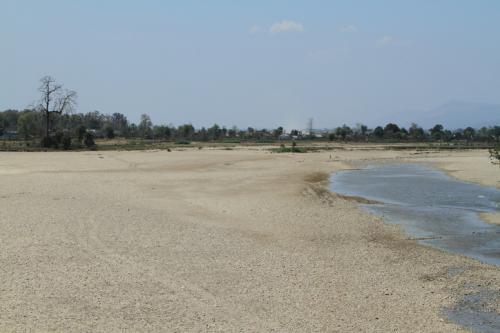 Extreme weather is hitting Sri Lanka hard as the island country experiences its worst drought in more than four decades.

According to the data released by Sri Lanka’s Disaster Management Center under the Ministry of Disaster Management, over a million people are being affected by drought in 18 districts. To put things in perspective, Sri Lanka has 25 districts, so more than half of the country is reeling under drought.

With rain not expected for another two to three months, the government has warned that the situation may worsen. The Disaster Management Center claims that it is distributing drinking water in seven affected districts as a relief measure.

As per media reports, Sri Lankan President Maithripala Sirisena warned of a power crisis due to the drought and requested corporate and citizens to use electricity economically.

Rivers and other freshwater reservoirs were not replenished due to the deficient rainfall last year, media reports say.

The drought may also have a severe impact on the economy of the country. Sri Lanka’s Central Bank Governor earlier said that the crisis will have a major impact on price levels and economic activities like agriculture and power generation. As per reports, Sri Lanka’s economy is expected to expand 5.5-6.0 per cent in 2017.

In 2016, India was also hit by a severe drought that left serious impact on both urban and rural areas. Most recently, the state of Tamil Nadu was declared drought-hit due to the failure of northeast monsoon.

Extreme weather is becoming increasingly common around to world leading to more frequent droughts, floods and other disasters.