If the southwestern monsoon does not strengthen significantly and improve in distribution in the coming months, large parts of India will stare at drought, again.

Of Tamil Nadu's 32 districts, 19 have a deficit of at least 40 per cent, 14 of which are at 60 per cent or more. Ramanathapuram has had no rain this season while four other districts have deficits more than 90 per cent.

All districts of Puducherry have at least 40 per cent rainfall deficiency. After the devastating floods in Kerala last year and an unusual heat wave in March this year, the dismal monsoon has brought fears of drought in the Union territory. Despite a month of monsoon, rainfall in 10 of the 14 districts has been at least 40 per cent below normal.

Andhra Pradesh and Karnataka have fared better, but there are still pockets with deficits. In Telangana again, 11 of the 31 districts have a rainfall deficiency of more than 40 per cent. 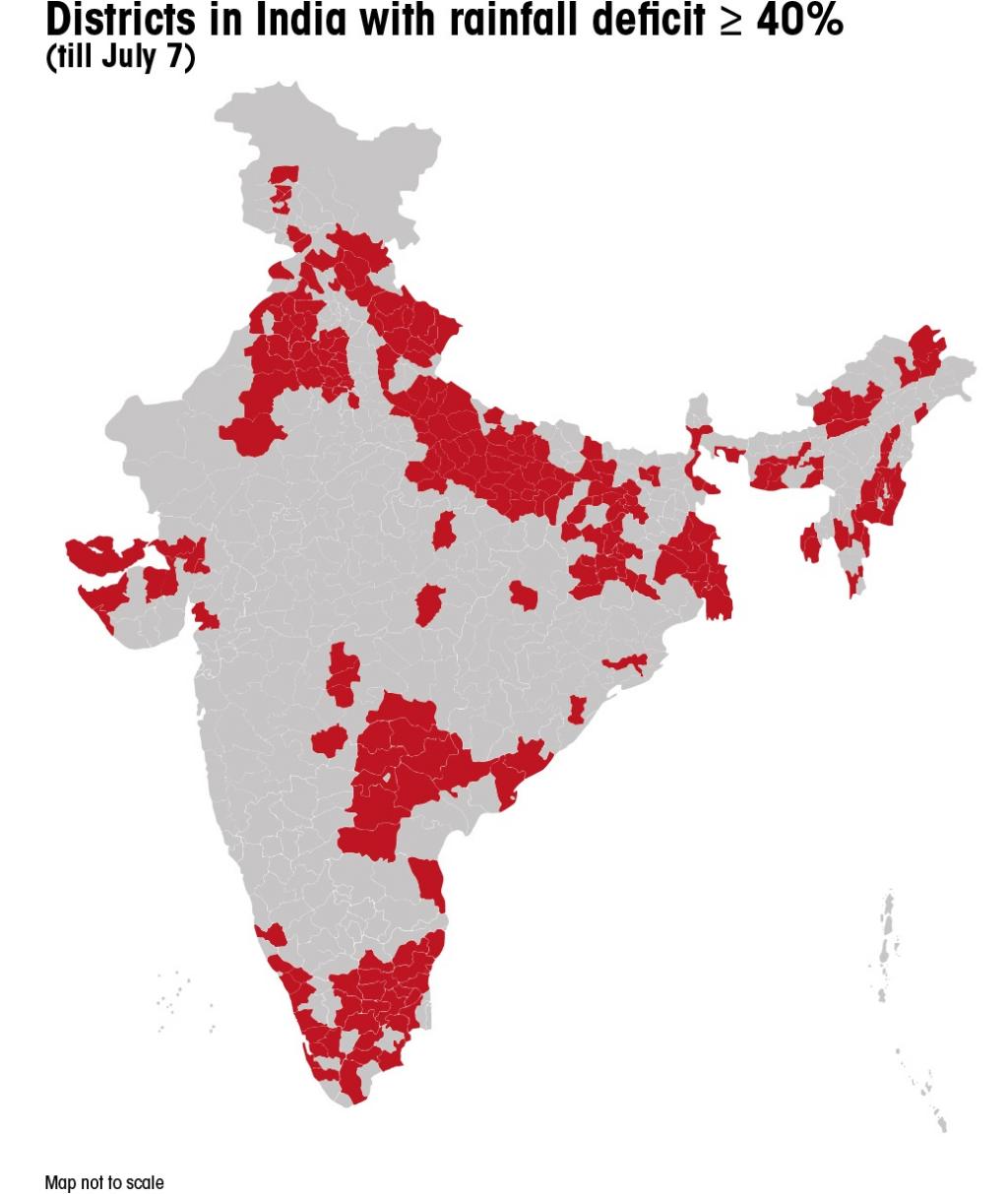 West Bengal, Bihar and Jharkhand have 14, 15 and 27 districts, respectively, with deficiency of of more than 40 per cent.

The situation might only be turning more severe as the monsoon is going to take a break after July 15 after a week of active rainfall, according to Skymet Weather Services, a private weather agency.

This means that overall July rainfall might also be deficit. It is scary, as six of India’s worst droughts between 1877 and 2005 have been caused by deficient rainfall in July, according to an analysis of The Indian Meteorological Department's rainfall data by the Indian Institute of Tropical Meteorology (IITM), Pune.

Besides, the period of active rainfall might also bring isolated heavy rainfall in some districts of Bihar, Assam, Uttar Pradesh and Madhya Pradesh, which can lead to flooding.

Bihar and Assam will witness this rainfall after a period of lull. Such periods of no rain and then a sudden bout of excessive rainfall have become the hallmark of the Indian monsoon in the last few years. The phenomenon has pushed many regions in a vicious cycle of drought and floods.