Too much rain, dams & South Bengal floods: Is it really man-made as Mamata complains 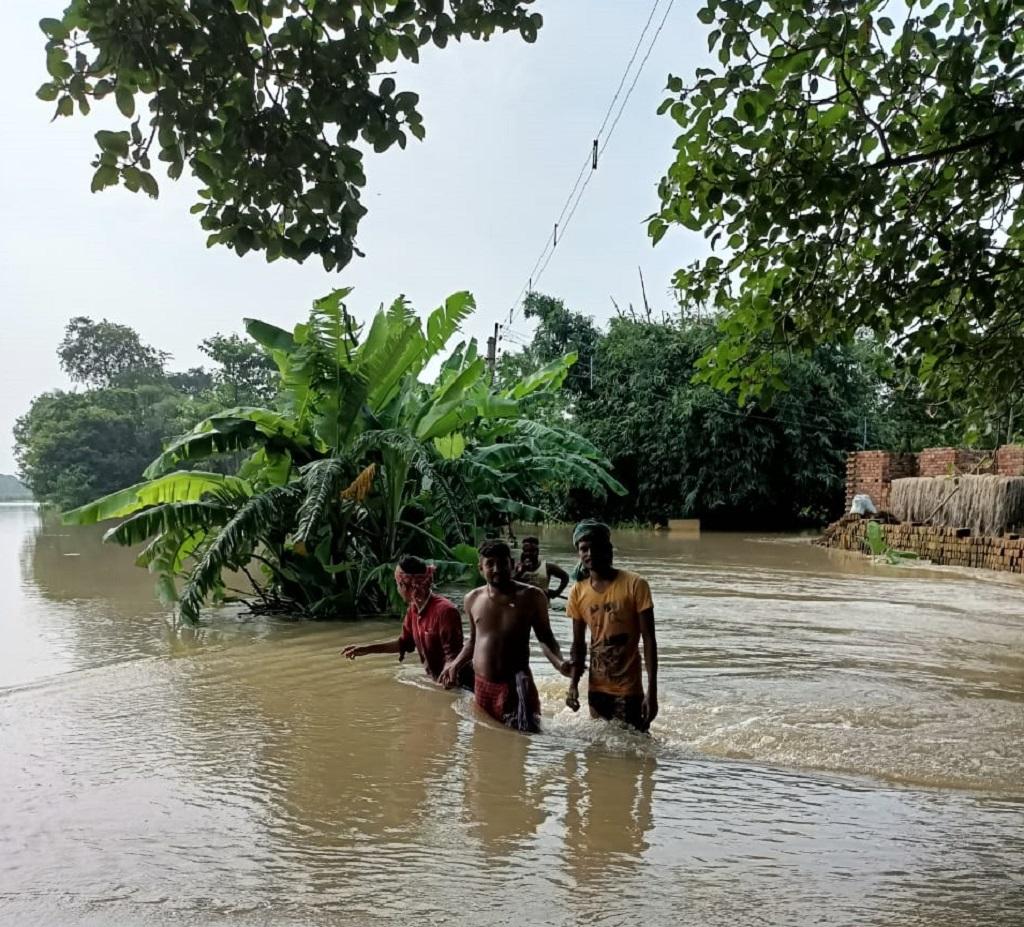 Tens of thousands of lives have been affected in Hooghly, Howrah, Purba Bardhaman, Paschim Bardhaman, Birbhum and Paschim Medinipur districts of West Bengal by floods in the last couple of weeks.

Environmental experts have attributed them to a combination of factors: Extremely heavy rainfall in a short span of time in the southern part of the state and lack of desilting in the barrages run by Damodar Valley Corporation as well as in the rivers downstream from these barrages, reducing their depth.

Chief minister Mamata Banerjee called the floods “man-made”, an allegation she has made several times in the past.

The deluges were caused by “an unprecedented release of water from the Damodar Valley Corporation (DVC) dams”, she wrote to Prime Minister Narendra Modi August 4, 2021, following an in-person survey of affected areas. DVC is a central government agency.

The chief minister wrote to the Centre:

Recently, a low-pressure formation resulted in high rainfall in West Bengal and Jharkhand. Nearly two lakh cusecs of water was discharged from Panchet, Maithon and Tenughat dams of DVC, leading to severe flooding of huge areas in several districts.

State irrigation minister Soumen Mahapatra and water resources minister Manas Bhuniya reiterated the chief minister’s claim during a discussion with Down to Earth. “Despite CM’s repeated requests, DVC did not inform the state early enough about such mammoth volumes of water release,” complained Bhuinya.

The Maithan and Panchet Hill reservoirs in the Gangetic West Bengal were at full capacity, after rainfall of 58 per cent and 26 per cent over respective 10-year averages, Central Water Commission (CWC) data showed. The Subarnarekha basin was at over 86 per cent of its storage capacity on August 5.

On August 3, Modi called the chief minister to assure support from the Centre to help mitigate the crisis.

Banerjee reminded him in her response that “heavy release from DVC dams has led to man-made floods in Bengal year after year — in 2017, 2019 and now in 2021”.

Despite flagging the issue to the Prime Minister and DVC way back in 2015, the problem remains unresolved, she wrote, listing the demands made in the past to prevent the floods of the current scale:

She also blamed the Centre for not lending enough financial support to the state:

Despite the state being regularly ravaged by natural disasters in the form of cyclones and man-made floods, which we are presently witnessing, no financial help has been forthcoming from the Centre. The state has to cope … from our meagre resources.

The state will send a damage assessment report for the latest spate of floods, Banerjee wrote in her letter.

Senior officials of DVC, however, refuted the Chief Minister’s allegations, saying the volume of water released this year “was not unprecedented”. The corporation has no role in desilting of the rivers, they pointed out.

The recent release of water from Panchyat, Maithon and other two dams in Jharkhand is not unprecedented in any way. The highest volume of water we released was around 114,000 cusecs in the last few days, while our cumulative inflow rose to about 300,000 cusecs. This is not unusual as even in 2017 we had to release around 200,000 cusecs.

Quizzed on lack of desiltation in the DVC dams in Jharkhand, the expert pointed out that CWC had ruled out de-siltation in Panchet and Maithon Banerjee on grounds of techno-commercial viability. “This followed the state government’s plea to the commission about dam desiltation.”

“You will hardly find any big dam in the world being desilted. The cost of desiltation will be about five times compared to setting up a new dam,” the engineer said.

Silt accumulation in the dam has been lower than estimated in the initial planning, he shared, adding:

When Panchet and Maithon dams were commissioned, their lifespan was estimated at 60 years, that is, through 2040. Our recent assessment, however, showed that silting has taken place in only 55 per cent of the dead storage (from where water cannot be drained by gravity to the canals). So, the lifespan of the dams has increased to 110 years.

The DVC official also rubbished the claim that the state was not properly informed before the release from the dams, triggering a deluge.

The decision to release water from the dams is made by an expert committee, which has senior officials of the state government, following the standard protocol, the DVC chief engineer added. “We issue a flood warning six hours before water release through whatsapp. Then, we share a release intimation six hours after the previous alert.”

The DVC official website also predicts the areas that may be inundated and at what time, he added, blaming the very high precipitation in Jharkhand and south Bengal for the situation this year.

Several parts of West Bengal received heavy rainfall during the last week of July in West Bengal, according to the India Meteorological Department (IMD), Kolkata.

From July 27-30, Howrah received 300.5 mm rain, which is over six times the normal; Bankura got 183.4 mm rain, about 5 times the normal. The situation was the same in the entire state, particularly south Bengal. Overall, the rain in the state was 195 per cent over the normal.

The intensity of rainfall will reduce in the immediate future, which may improve the situation,  IMD officials pointed out.