Till now, the slow-moving typhoon has killed two people and forced tens of thousands to flee from their homes 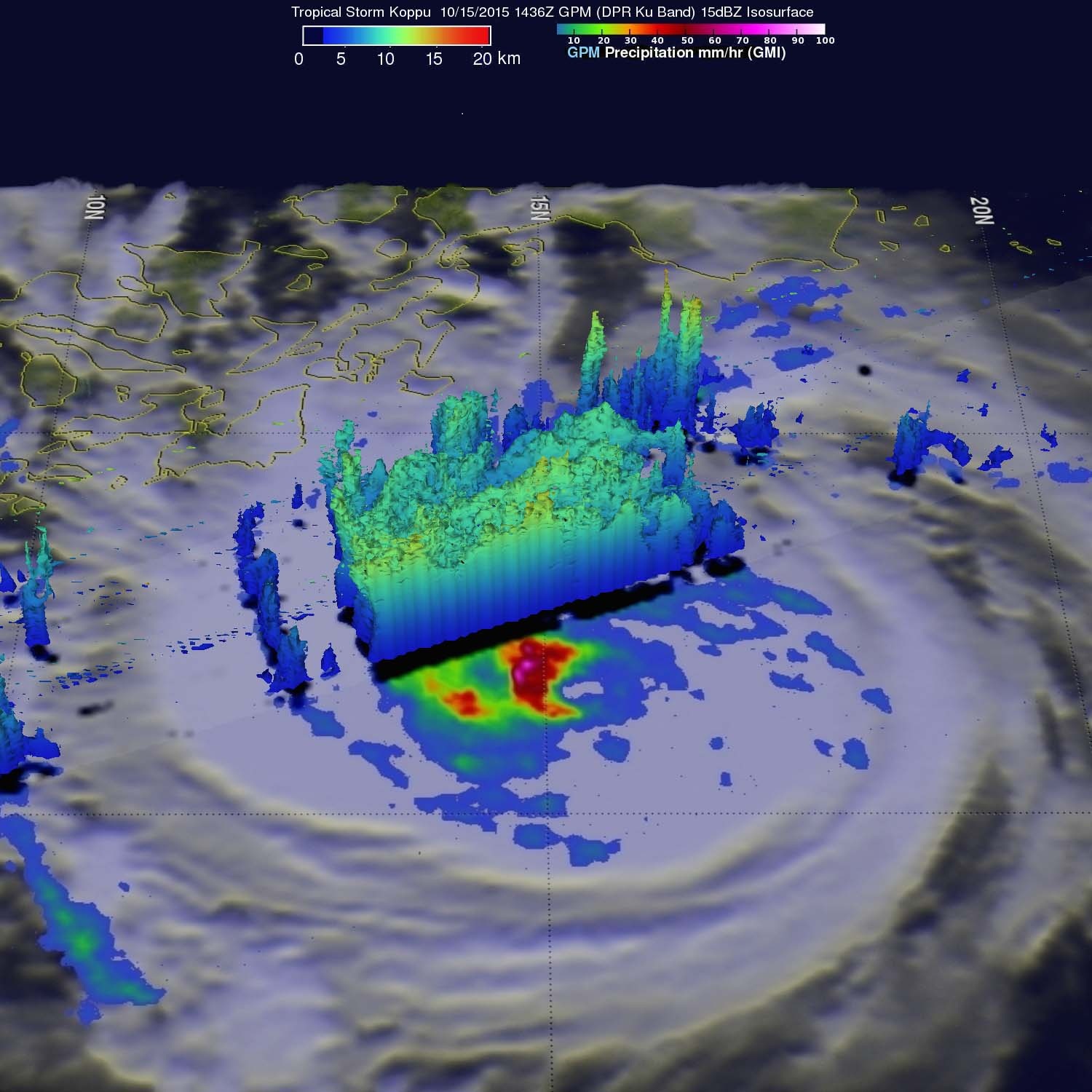 Around a dozen villages were affected after Typhoon Koppu swept through the northern part of Philippines on Sunday and brought in its wake heavy rainfall and floods, media reports say.

Till now, the slow-moving typhoon has killed two people and forced tens of thousands to flee from their homes. The entire town of San Antonio in central Luzon province has been engulfed by flood water. Flood water has also wreaked havoc in several other towns in Nueva Ecija province, according to reports.

At present, Koppu has been downgraded to a severe tropical storm by the Japanese Meteorological Agency, which is responsible for naming and tracking it. However, the Philippines’ weather agency, which calls the weather system Lando, is still calling it typhoon, the BBC reported.

According to media reports, Koppu is expected to cause rainfall in the country for a considerable time. Some forecasts suggest it may not be until Wednesday that it moves on to Taiwan.

Unlike other tropical cyclones, the threat from Koppu is the massive amount of rainfall.

In the south of Luzon province, Koppu has caused severe flooding with whole villages going under water. There is also the danger of landslides. The fear is that with the ground already saturated with water, whole hillsides can collapse, news reports say.

Typhoon Koppu made its landfall near the town of Casiguran on the main island of Luzon on Sunday morning, bringing winds of close to 200km/hour and cutting power supply to vast areas.

Troops have been deployed to rescue people trapped on rooftops, but accessing remote areas remains a struggle.

A teenager was killed by a fallen tree in Manila, which also injured four others. A concrete wall collapsed in the town of Subic, northwest of Manila, killing a 62-year-old woman, news reports say.

Roads and communication links have been cut off by floods and landslides in three towns in Aurora province.

The heavily-populated region around Manila, the Philippine capital, is also receiving rainfall, though it does not lie in Koppu’s direct path.

President Benigno Aquino III and disaster-response agencies have warned that Koppu’s rain and winds may potentially bring more damage with its slow speed. However, government forecasters said there was less heavy rainfall than expected initially in some areas, including in Manila, though fierce winds lashed several regions.

Koppu is the 12th storm to hit the Philippines this year. An average of 20 storms and typhoons each year batter the archipelago, one of the world’s most disaster-prone countries, media reports say.

In 2013, Typhoon Haiyan, one of the most ferocious storms on record to hit land, barrelled through the central Philippines, levelling entire towns and leaving more than 7,300 people either dead or missing.