During this time of the year, the state generally receives around 40 per cent of its rainfall during this time, but that has not been the case this year 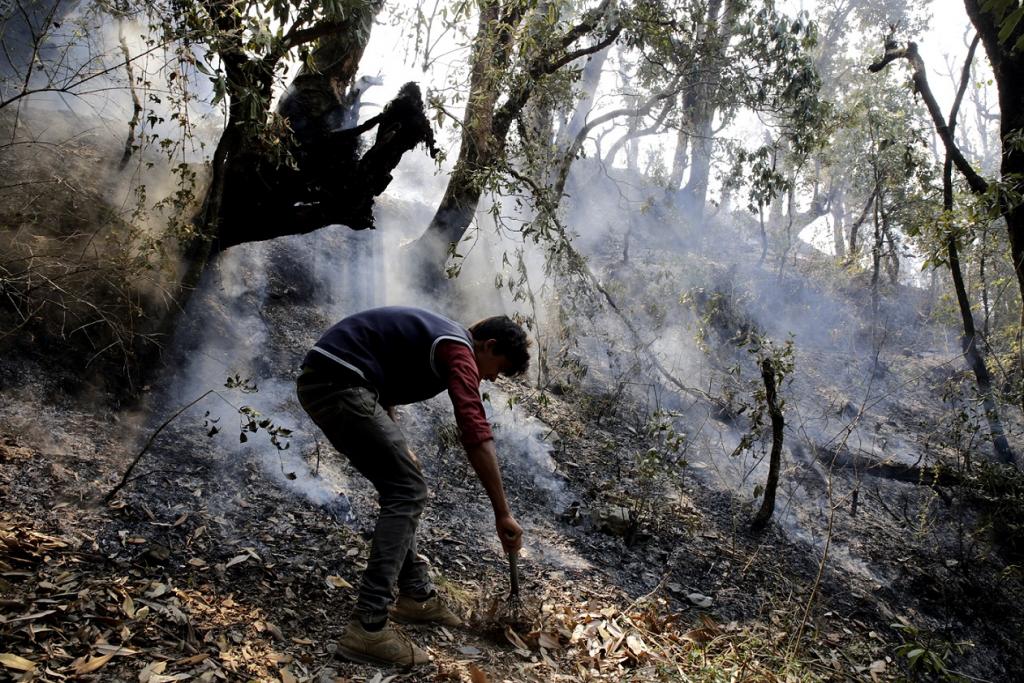 For many others in Kashmir, the recent incidents of forest fires in Anantnag, Kupwara, Bandipora and Ganderbal districts are an abnormal event. They are unseasonal.

Responding to the urgency of the incident, Jammu & Kashmir Chief Minster Mehbooba Mufti put all departments on high alert. "All departments are on high alert to make sure that the situation is brought under control,” she said in a tweet on March 31.

Dr Shakil A Romshoo, the head of Earth Sciences at the University of Kashmir, is worried but not surprised.

“Forest fires in Kashmir happen during autumn, stretching from September to November. These are the driest months here. The spring here is wet, so much so that we get around 40 per cent of our rainfall during this time,” says Romshoo. On why forests are lighting up in the valley in this odd season, he says, “We are seeing a dry spell from the last nine months. The rainfall is much lower than what usually is.”  A dry winter, followed by unusually high temperatures at this time of the year exacerbated such fires.

Romshoo’s reasoning is supported by the data of Indian Meteorological Department (MET). According to the MET data, the rainfall in Jammu and Kashmir in the month of March was deficient by 59 to 20 per cent. This deficit was even higher in the first two months of the year when the MET data show a departure of -63 per cent from the average rainfall. Needless to say, the prolonged dry spell has made the forests susceptible to fire. The trend is evident in the NASA Active Fires map. The difference in the number of red dots, representing active fires, between this year and the previous years is quite clear.

“These abnormal weather patterns are there because of climate change. Last year, Kashmir saw abnormal snowfall; in 2014 the rainfall patterns were along the same lines. There was a cloudburst in Uttarakhand in 2013. All these events point to the fact that climate change is here,” says Romshoo. At the time of filing this report, officials from Ganderbal and Anantnag districts confirmed that the fires have come under control, but officials from Kupwara and Bandipora districts could not be contacted.

The state has reasons to worry as the latest seasonal outlook by the IMD suggests that average maximum temperatures between April and June could be warmer than normal by ≥1 °C in Jammu & Kashmir.