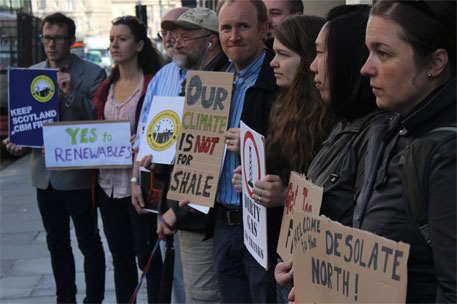 The study states that methane emissions from shale gas are most likely 50 per cent more than from conventional natural gas. It also states that methane emissions contribute significantly to green house gases for both shale gas and conventional gas, particularly when analysed over the timescale of 20 years following emission. At this shorter timescale, which is highly relevant to the concept of natural gas as a bridge or transitional fuel over the next two to three decades, shale gas appeared to have the largest greenhouse warming consequences of any fossil fuel.

The temperature of the Earth continues to rise at an alarming rate. “Climate scientists tell us we may reach dangerous tipping points in the climate system within just a few decades,” says the study.

Even if the world eliminated carbon emissions tomorrow but ignored methane, the planet would still warm to the dangerous 1.5 to 2 degree Celsius threshold within 15 to 35 years, says Robert W Howarth, ecologist and methane expert, in the study. “By reducing methane emissions, society buys some critical decades of lower temperatures,” his study says.

It’s not that the world should continue using coal and oil, says Howarth. “Society needs to wean itself from the addiction to fossil fuels as quickly as possible. We should embrace technologies of the 21st Century and convert our energy systems to ones that rely on wind, solar, and water power,” he adds.