Presence of polybrominated diphenyl ethers, used in insulation among other things, in the environment was till now attributed to human activity 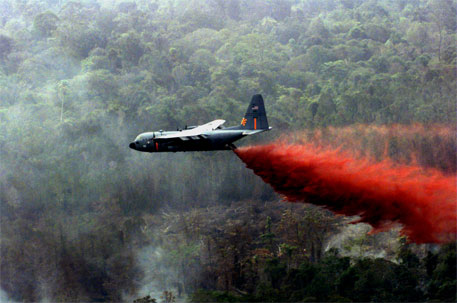 A team of researchers from the University of California, San Diego, have identified a group of marine bacteria as a natural source of a compound nearly identical to a toxic chemical present in fire retardants.

The group of chemicals, PBDEs (polybrominated diphenyl ethers), are used in a vast range of products, such as insulation and electronics to make them more difficult to burn. Although very efficient as fire retardants, PBDEs have been proven to be toxic for humans. It is also a known endocrine disruptor and affects the thyroid gland in mammals. It’s persistence in the environment had been attributed to anthropological causes till now.

A research published in Nature Chemical Biology on June 29 is the first to isolate and identify bacteria that synthesise these compounds and whose presence may help explain the observed distribution pattern of PBDEs in the marine food chain.

For the study, the team had used species of marine bacteria, Pseudoalteromonas, which have been shown to produce chemicals similar to PBDE. This included a coral-associated Pseudoalteromonas luteoviolacea from Florida Keys and by planktonic Pseudoalteromonas phenolica isolated off the coast of Japan.

In the study, the researchers identified a group of ten genes involved in the synthesis of more than 15 bromine-containing polyaromatic compounds, including some PBDEs. They have since conducted DNA sequencing analyses that will allow them to probe the ocean for other biological sources for these chemicals and to begin to assemble a complete picture of their human health risk.

"The next step is to look more broadly in the marine environment for the distribution of this gene signature and to document how these compounds are entering the food chain," said Vinayak Agarwal, PhD, a post-doctoral researcher with the Scripps Center for Oceans and Human Health at UC San Diego.