There isn't a single family in Gaza that hasn't personally experienced death, injury, the loss of their home, says UN official 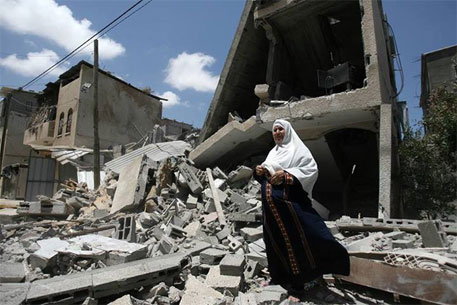 The recent Israeli military strikes against Palestinians in the Gaza Strip have left about one in five people with mental health problems that would need professional care. The strikes that lasted for about 50 days have taken a heavy toll on Gaza’s children, suggest various media reports.

The World Health Organization (WHO) estimates that about 360,000 people—20 per cent of Gaza’s population—are suffering a range of mental health challenges after the recent conflict, says Dyaa Saymah, a WHO mental health officer for Gaza.

The international health agency also says that even before Gaza’s most recent crisis, its mental health system was having trouble meeting demand. During the air strikes by Israel, a few of the centres were also left unoperational as the doctors could not return to work.

“There isn't a single family in Gaza who hasn't personally experienced death, injury, the loss of their home, extensive damage and displacement,” says Pernilla Ironside, chief of the UN Children's Fund (UNICEF).

Armed conflicts cause significant levels of depression and post-traumatic stress disorder (PTSD). On an average, 17 per cent of an affected population will suffer symptoms of depression, and 15 per cent will experience PTSD, says WHO.

According to a report published in Press TV, a number of Gazan children have had the devastating experience of witnessing the use of incredibly damaging weapons that sliced people with terrible amputations or shredded the bodies of their parents and loved ones.

The priority now is to assess the impact the conflict has had on Gaza’s mental health services, and to scale up the services rapidly, says Saymah. Since hospitalisation for mental health care has a social stigma attached to it, the health agency is also planning day programmes where patients can return home at night.

Interventions for children affected by war: An ecological perspective on psychosocial support and mental health care