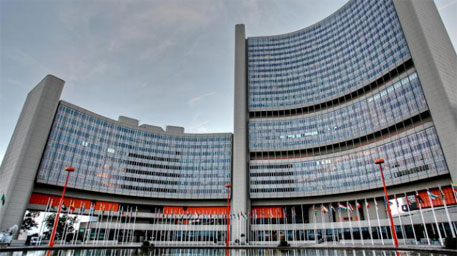 More than 100 experts from 35 IAEA member states and five international organisations gathered at the IAEA headquarters from February 16-20, 2015, to discuss strengthening research and development effectiveness in the light of the accident at Fukushima Daiichi Nuclear Power Plants.

“The main achievement was recognising the importance of research and development (R&D) activities and the contribution they make toward reactor safety and, more importantly, the need to find ways to better share that information among all the member states," said IEM Co-Chairperson Brian Sheron, according to an official press release.

Experts discussed setting up a platform for continuous exchange of information on R&D work, Sheron said. Among its main conclusions was that the IAEA has a key role to play in assisting member states to prepare their capacity to respond to severe accidents.

"We need to work even more together to improve the effectiveness of the research and to seek more efficient and effective ways of sharing the results with the research community," said Denis Flory, IAEA deputy director general.

A lot of R&D work is aimed at "reducing uncertainties in certain phenomena or models", but until now there hasn't been an international forum to share data and make sure that all member states of the IAEA are aware of what other countries are doing, Sheron said.

The Fukushima Daiichi nuclear disaster started on March 11, 2011, when the nuclear power plant in Japan was hit by a tsunami triggered by the magnitude 9.0 Tâ”¼Ã¬hoku earthquake. It resulted in a meltdown of three of the plant's six nuclear reactors. On March 12, substantial amounts of radioactive material began to be released from the plant.