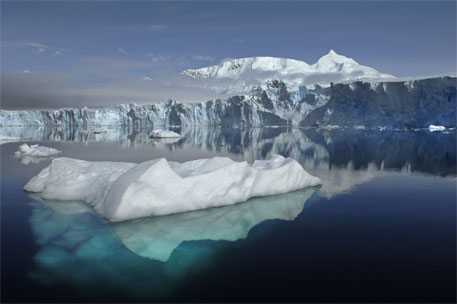 In a bid to better understand the effects of global climate change, a team of scientists from New Zealand will begin a project to measure Antarctic sea ice from below, this coming southern summer.

According to Xinhua, Ian Hawes, a scientist from University of Canterbury, will use a remote underwater vehicle to measure the thickness and biological productivity of Antarctic Sea ice to understand its role in ocean circulation and the functioning of polar ecosystems. The vehicle, developed by the scientist, will allow researchers to monitor effects of climate change.

“Other than spot drilling, measuring sea ice is extremely difficult because of its inaccessibility,” Hawes said in a statement Wednesday.

Sea ice varies depending on its age, but scientists are expecting it to be 2 to 3 metre thick."Sea ice comes in two types, pack ice and fast ice. Fast ice is attached to land and is safe to access and drill holes for only part of the year. Pack ice is not attached to land, but occurs as broken up floes that can only be accessed by some ships," added Hawes.

"This has put major limitations on where we can sample and how many samples can be obtained.”

"Our cutting-edge project will produce accurate information on sea ice thickness and the biomass of algae growing in the ice, information which is of global significance for better understanding linkages between ice dynamics, ecosystems and climate change," said Hawes whose team will travel to Scott Base in October to begin testing the vehicle.

Before this, last week, professor Tim Naish, director of Victoria University of Wellington’s Antarctic Research Centre, had received a prestigious international award for his outstanding research into understanding Antarctica’s response to past and present climate change and the role of Antarctica’s ice sheets in global sea-level change through time. “The policy relevance of Antarctica is hard to ignore, given that the contribution of its ice sheets to future sea-level rise is still one of the biggest uncertainties facing humanity,” said Professor Naish.