Next gen malaria vaccines likely to be available by 2030 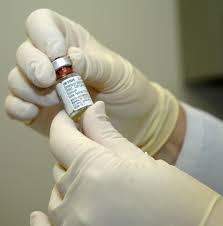 Vaccines which can cut malaria cases by 75 per cent and are capable of eliminating the disease should be available by 2030, says Malaria Vaccine Technology Roadmap, launched by World Health Organisation (WHO) on Thursday.

The new target is in addition to the already existing goal of having a licensed vaccine against Plasmodium falciparum malaria, for children under 5 years of age in sub-Saharan Africa by 2015.

“Safe, effective, affordable vaccines could play a critical role in defeating malaria,” said Robert D Newman, director of WHO’s Global Malaria Programme. ”Despite all the recent progress countries have made, and despite important innovations in diagnostics, drugs and vector control, the global burden of malaria remains unacceptably high,” he said.

The new roadmap, launched at the annual conference of the American Society of Tropical Medicine & Hygiene in Washington DC, aims to identify places for increased activities like vaccination and improved sanitation and provide additional funding to them. It aims to identify areas which are most important for developing second generation malaria vaccines, for both prevention and elimination. The vaccines to be manufactured include the ones which would target Plasmodium falciparum and Plasmodium vivax varieties of parasites that cause disease.

“The new vaccines should show at least 75 per cent efficacy against clinical malaria, be suitable for use in all malaria-endemic areas, and be licensed by 2030,” said Jean-Marie Okwo Bele, director of WHO’s Department of Immunization, Vaccines and Biologicals.

Why the new goals?
The 2013 roadmap has cited a few reasons for setting up of updated goals. These include changing malaria epidemiology in the last decade because of malaria control measures, renewed focus on malaria elimination and eradication; need to sustain malaria control activities, and new technological innovations since 2006. Innovations proposed in the roadmap include work on so-called transmission-blocking malaria vaccines.


•    Malaria causes 219 million cases of illness and 660,000 deaths annually, according to WHO
•    Malaria control measures have reduced global malaria deaths by 26 per cent over the last decade