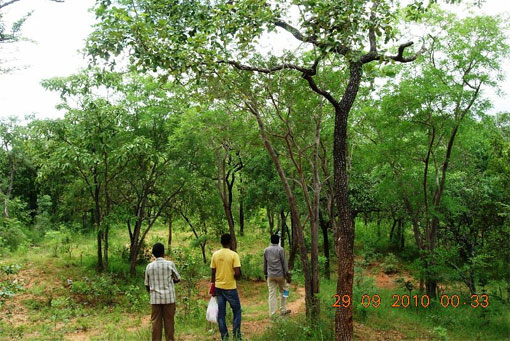 The National Human Rights Commission (NHRC) yesterday directed the Andhra Pradesh government to conduct a judicial probe into the firing incident that killed 20 alleged red sanders cutters in the Seshachalam forests in Chittoor district of Andhra Pradesh on April 7.

The commission issued a statement directing the Andhra Pradesh chief secretary and the director general of police to constitute an inquiry led by a judicial magistrate first class under Section 176 (1)(A) of the Criminal Procedure Code.

The NHRC has asked the government to submit the names of all the police and forest officials of the Special Task Force (STF) who were involved in the “encounter”. The Andhra Pradesh police were also warned not to tamper with any evidence or documents, and keep all the weapons used by STF and those who were killed in safe custody.

The NHRC has recorded the statements of Sekar and Balachandran, two witness-survivors of the firing incident who appeared yesterday before the full bench of the commission in New Delhi. Their statements challenged the STF and the Andhra Pradesh government's claim that the officials were forced to gun down the “smugglers” in self-defence. The two witnesses alleged that at least 12 persons were pulled off a bus by the police and detained hours before the incident.

The witnesses claimed they were daily labourers and that they were contacted by agents to work on construction projects. They said this was common practice as thousands of village residents in Tamil Nadu migrate for work to other areas. Both of them denied having links with smugglers of red sandalwood. Red sanders is an endangered tree endemic to the Rayalaseema region of Andhra Pradesh.

The commission has directed the Tamil Nadu police to provide adequate security to the witnesses and their families as they were apprehensive about threats to their lives and to those of their family.

Meanwhile, a division bench of the Hyderabad High Court has suo motu made Muniammal, wife of Sasikumar from Tamil Nadu who was killed in the incident, a petitioner to the plea already pending before it. The bench, comprising Chief Justice Kalyan Jyoti Sengupta and Justice P V Sanjay Kumar, was dealing with a petition moved by Chilaka Chandra Sekhar, general secretary of the Civil Liberties Committee, seeking a direction to register a murder case against the police and forest officials under Section 302 of Indian Penal Code.

While hearing the case, the bench said it wondered about the fate of the investigation when senior police officers like the director general of police were speaking out justifying the action.

The bench added, “We will take it as serious exception and we desire that police shall not divulge information to the press as the matter is sub judice and we shall restrain the police from revealing the information.” The Andhra Pradesh government has assured the court that police officers would be directed not to share information with the press.