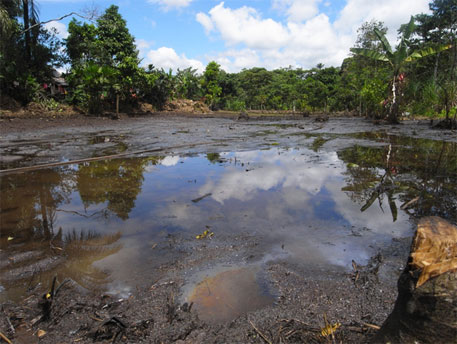 The company’s Nigerian subsidiary, The Shell Petroleum Development Company of Nigeria Limited (SPDC), will pay almost $53 million in compensation directly to affected residents for losses arising out of the oil spills. The remaining $30 million will be invested for general benefit of the Bodo community, an official press release said.

“From the outset, we’ve accepted responsibility for the two deeply regrettable operational spills in Bodo. We’ve always wanted to compensate the community fairly and we are pleased to have reached agreement,” said Mutiu Sunmonu, managing director of SPDC, in the statement.

With this settlement, Shell has managed to avoid court proceedings initiated by members of the Bodo community in the UK in 2011. “We have now reached a settlement agreeable to ourselves and the community which, from our perspective, also factors in the costs and time which would have been incurred by both parties should a full trial have taken place later in the year,” said the statement. People affected by the spills had rejected Shell’s earlier compensation offer of $50 million.

Shell has one more important responsibility, say environmental activists and experts. “The compensation is a step towards justice for the people of Bodo, but justice will be fully achieved when Shell properly cleans up the heavily polluted creeks and swamps so that those who rely on fishing and farming for their income can begin to rebuild their livelihoods,” said Styvn Obodoekwe, director of Centre for Environment, Human Rights and Development (CEHRD), according to an article on the website of non-profit Amnesty International.

Shell announced in its official statement that a plan for clean-up of the sites “has been agreed with the community”.