In 2014, 41 new species of frogs have been found, all in the Western Ghats 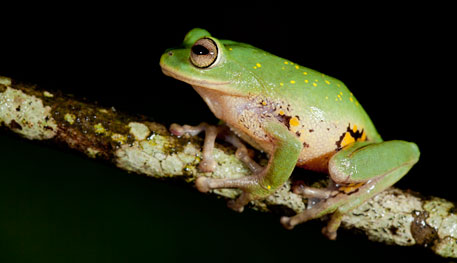 Nine new species of bush frogs have been found in the mountains of Western Ghats. The new species belongs to genus Raorchestes.

Frogs have had a long history of remaining unidentified and undocumented. Therefore, it comes as no surprise that just in the year 2014, 41 new species of frogs have been found, all in the Western Ghats. Since the history and inventory of where the frogs of Western Ghats come from and how they have come to occupy these specific geographical locations or how they have developed remains incomplete and fragmented, the find is all the more exciting. 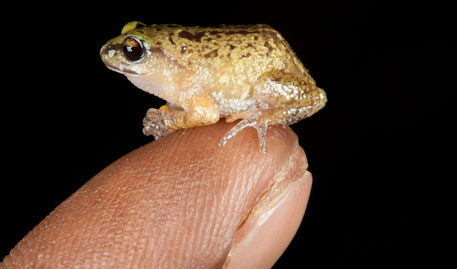 A team of scientists led by S P Vijayakumar of National Centre for Biological Sciences and Kartik Shanker of the Indian Institute of Sciences, Bengaluru published a paper in the journal Zootaxa, listing their findings. The project to map species of frogs, lizards and snakes in the Western Ghats has been under way since 2008-09. It was while documenting the existing species that the scientists began to find these new varieties, named Thumbelina frogs. According to journal Nature, Western Ghats are one of the eight "hottest hotspots" for biodiversity in the world. 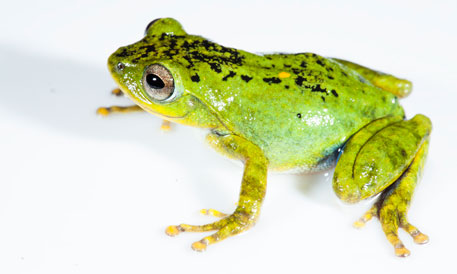 A number of parameters—including genetics, geographical range, morphology (physical appearance) and acoustics (differences in calls)—were used to separate the frogs into lineages, to write their family tree. The researchers discovered more than 20 potentially new lineages, which means that these species separated from each other at some point in time. The nine new species were different in terms of genetic makeup, appearance, and geographical coordinates. 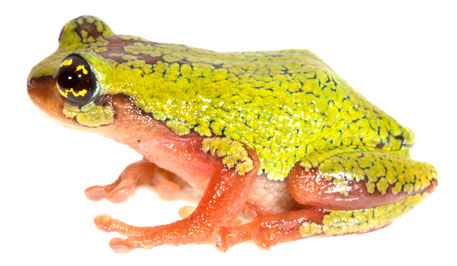 The project, funded by the Critical Ecosystem Partnership Fund (CEPF) and Council for Scientific and Industrial Research (CSIR - India), was supported by Kerala, Karnataka and Tamil Nadu forest departments. 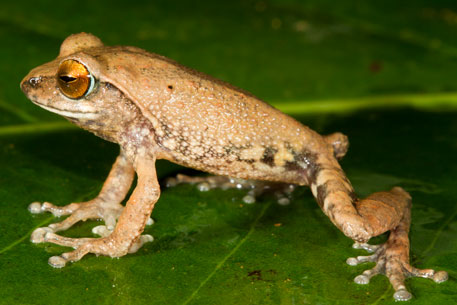 The team took into consideration both topographical and ecological variation while mapping out already recorded species of frogs and finding new ones in the process. This kind of detailed mapping is the first of its kind. "From the conservation perspective, the implications of this study are huge. We will be able to make fine-scale assessments for conservation efforts because we now have far better maps of the distribution of these species," says co-author Shanker. 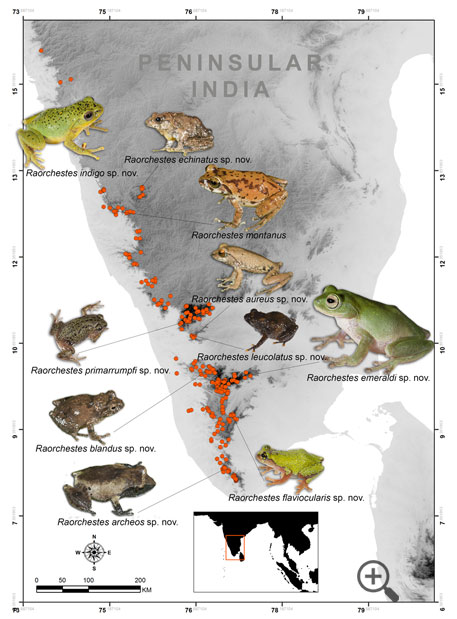