No labelling for GM food 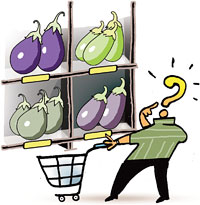 INDIA’S food regulatory authority is all set to notify a comprehensive food safety regulation by January 2011. The Food Safety and Standards (FSS) Regulation will integrate all previous food safety acts like the Prevention of Food Adulteration Act, 1954.

But the draft regulations put up on the website of the Food Safety and Standards Authority of India (FSSAI) does not include labelling of genetically modified (GM) food. It looks like a compilation of previous acts.

The Union health ministry had issued a gazette notification in 2006, making it mandatory to label GM food. The notification was not operationalised and the onus of implementing it was put on FSSAI.

The buried notification also laid down that the country exporting GM food to India must disclose it as GM. Attempts to introduce GM labelling for imported products were stymied by the US at the World Trade Organization. Multinational companies are likely to be hit the hardest if labelling norms are introduced.

Advocates of GM food say it is not very different from the non-GM food and does not contain GM traces. Those opposing it argue not enough tests have been conducted to ensure it is safe to eat. Scientists say Bt toxins could lead to reproductive health problems and damage vital organs such as lungs, liver and kidney.

In 2008, Greenpeace got samples of PepsiCo’s Dorito Corn chips imported from the US tested at a German lab. The product made from GM corn and GM soy was found to have traces of Bt corn, NK603 corn and Roundup Ready Soy, all genetically modified. “The directorate general of foreign trade set up an inquiry. But nothing happened after that,” said Rajesh Krishnan, Greenpeace activist.

At present, not only are processed GM products imported from the US, but India also consumes cottonseed oil processed from indigenously grown Bt cotton. “Bt gene beco mes a part of Bt cotton’s DNA and no amount of filtration can remove it, so most of the cottonseed oil in India is GM product,” said P M Bhargava, molecular biologist who was appointed by the Supreme Court at the Genetic Engineering Appraisal Committee.

“That labelling laws are not functional and cottonseed oil is being openly sold in the market is disastrous. Consumers have the right to make an informed choice,” said R Desikan, founder trustee, Consumers Association of India, a consumer awareness body in Chennai.

FSSAI says it was told to keep out of GM labelling. “Before we started looking at GM labelling, the government had second thoughts on the new Biotechnology Regulatory Authority of India and we were asked to keep out,” said P I Suvrathan, chairperson of FSSAI. “Processed food does fall within our jurisdiction, but we need to have the capability to understand it.”

Bhargava said if India is importing unlabelled GM products, it is illegal. He suggested making it mandatory to test GM strain for up to 0.01 per cent concentration. “We urgently need independent labs to test GM strains,” he added. GM labelling will become difficult once the moratorium on Bt brinjal is lifted. Agriculture is not organised in India, hence difficult to monitor.

Suman Sahai, president of Gene Campaign, asked who would bear the cost of labelling, the one who grows GM or the one who does not? “If the onus falls on the non-GM grower, he will have to incur the financial burden, as he would have to test each consignment to make sure it is free of GM,” she said. Cracking the code seems tough, “but that should not prevent a law,” added Bhargava.