No veterinary drug given to Jodhpur hospital; just a case of wrong labelling, says company 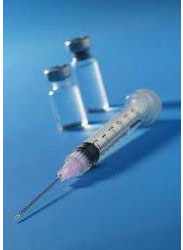 A day after it was reported that patients of the Mathura Das Mathur (MDM) hospital in Jodhpur were given injections from vials labelled “not for human use, for animal treatment only”, the company that supplied them has claimed that this was a matter of misprinting.

Approximately 155 doses of the drug, Meropenum, contained in vials cautioning against human use, were administered before the anomaly was discovered by a patient’s attendant, leading to panic in the hospital wards. These vials were issued under the Chief Minister Free Medicine Scheme from the counters of the hospital.

"Each vial contained Meropenum for one dose. The quantity was same as human usage, and thus, the doctors missed out on reading the instructions on the vial," said Deepak Verma, superintendent of the hospital. He added that according to the Drugs Control Act of 1950, head of a domestic animal has to be printed on the vials meant for animal use. "There was no such sign on the vials that were delivered to us,” said Verma.

In a letter to MDM hospital, the Himachal-based drug supplier, Pushkar Pharma, said   content in the label saying "for animal treatment" was a printing mistake and asked the hospital to send back all the remaining injection vials.

"We received the letter yesterday sent by the company dated June 16, 2014.

It said that the vials containing Pepenum, comprising antibiotic Meropenum, of which nearly a thousand were bought, were marked wrongly as for animal use," said Verma.

Meanwhile, taking cognisance of the seriousness of the matter, state authorities have constituted a committee to investigate the matter. "The committee has been asked to submit the report within seven days, starting from June 23. It comprises pharmacologists and experts on medicine," said S

Farid, the storekeeper at MDM hospital was suspended after the issue came to light. "He will be reinstated if he is not found guilty in the enquiry," said Verma.