Non-profits organise conference to draw up a national river charter 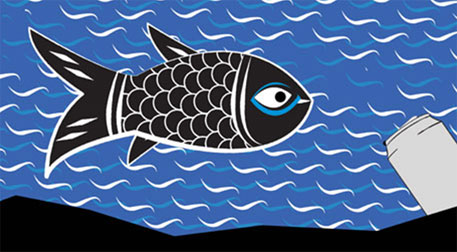 Former environment minister Jairam Ramesh on Tuesday criticised the Narendra Modi-led BJP government for diluting environmental regulations.  He said this while inaugurating the India Rivers Week in the national capital, organised by non-profits to deliberate and discuss conservation and rejuvenation of rivers. Ramesh also said that while hydro projects were a “painful choice”, India could not close its doors to them, adding that it was necessary to meet the growing energy needs of India.

Over 125 river experts, planners, researchers, artists, enthusiasts and activists from different parts of the country are attending the event from November 24-27 to discuss, deliberate and exchange their experiences and ideas on conserving and rejuvenating the rivers of the country. The event is being organised by a consortium of NGOs, including WWF India, INTACH, SANDRP, Toxics Link and PEACE Institute Charitable Trust, with additional support from Arghyam (Bengaluru), International Rivers and Peoples Science Institute, Dehradun. The participants would prepare and adopt a Nation River Charter at the end of the meeting on November 27.

Ramesh said to keep rivers healthy, stricter environmental regulations and their enforcement, a cumulative assessment at “basin”, not “project”, level and that the minimum environmental flow in the river had to be ensured.

“While we show a lot of respect for rivers socially, we deal with rivers with utmost unconcern and disrespect… India Rivers Week and India Rivers Forum are most welcome, will look forward to participate in it… If we want to save our rivers, the first step is to ensure that no untreated industrial effluent or sewage finds its way into our rivers,” he said.

Ramesh said that more debates and discussions were necessary for water-agreement treaties and better co-operation within states and also between neighboring countries. “We seem to be indulging in the romance of inter-linking rivers. We need to be more cautious in hurrying up the proposed inter-linking rivers projects and understand their ecological and environmental consequences better,” Ramesh added.