Not a bankable strategy

World Bank's forestry projects have not helped reduce poverty, says its own evaluator 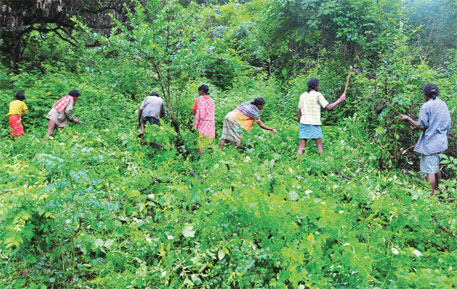 IN THE past one decade, the World Bank lent a whopping US $4.1 billion for forestry-related projects with an aim to alleviate poverty. But the objective remains a pipe dream as the Bank failed to involve communities in the projects. This has been revealed by the Bank’s own evaluator, Independent Evaluation Group (IEG), which analysed all forestry projects funded by the Bank between 2001 and 2011. The Bank, the largest multilateral lender for forestry, funded 345 major forestry projects in 75 countries during the period.

The Bank’s Committee on Development Effectiveness debated the IEG report on February 4. Prior to this, the Bank’s management had disagreed on most of the points raised in the report (see ‘IEG recommends ...’).

IEG’s evaluation coincides with the 10th anniversary of the Bank’s change in strategy for forestry projects adopted in 2002. Poverty reduction and increasing community participation are two of the Bank’s key objectives. But its finance was mostly concentrated in protected areas that bypass community participation and ownership over forests, says the report available with Down To Earth.

The IEG report refers to the experience of India’s Joint Forest Management (JFM) as a failure on part of the Bank in ensuring transfer of power to communities. It says: “Only three of the 32 participatory forest management projects (across the globe) addressed the need for simplification of regulatory procedures or otherwise addressed the factors that create an unequal playing field for community forest enterprises.” This is evident from the Bank’s preference to work in only officially managed forests across the globe, the IEG report argues.

Of the total forestry projects, 43 per cent are for protected areas. This has bypassed large areas of community-managed forests. “By neglecting the informal sector (community managed forests), the World Bank has missed an opportunity to reach more forest-dependent rural poor,” says the report. In fact, in protected areas the Bank’s projects have negatively impacted communities. Only two of 37 projects that the Bank funded in protected areas achieved their aims to help people find work, while three-quarters of these projects forced people to move out. These projects hardly recognised community’s rights and interests over forests, it says.

“Poverty reduction, for the most part, has not been adequately addressed,” wrote Caroline Heider, director general and senior vice-president of IEG, in a memo to the Bank’s president and directors. “The World Bank-supported participatory or community forest management projects focus largely on state-local relations with measures to reduce government corruption, eliminate perverse regulations, and decentralise management authority presented as solutions.” The report says 75 per cent of the projects may not be sustainable in the long run due to this disconnect.

“The evaluation speaks of the overall failure of the Bank in its stated objectives,” says Joe Athialy of Bank Information Centre, a non-profit in Washington that monitors multilateral development banks.

The evaluation comes at a time when the Bank is realigning its forestry projects to climate change issues and fundings.