Bhojpuri folk songs expressing feelings of women left behind by migrant workers have evolved over the centuries, reflecting changing patterns of migration 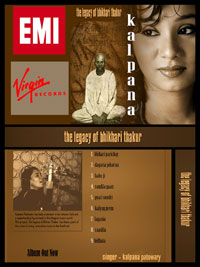 Music barons in India were left gaping when Kalpana Patowary, a singer of Indian folk music, was signed on by British recording company Virgin EMI Records in April. They were all the more surprised to see the soaring international demand for her Bhojpuri music album with songs about migration. It seems Bhojpuri folk songs on migration are witnessing a resurgence on an unexpected scale.

Bhojpuri is predominantly spoken in parts of Bihar as well as in Uttar Pradesh and Jharkhand; it is also spoken and understood in countries such as Mauritius, Trinidad, South Africa and Fiji. From 1834 to early 20th century, thousands of men from Bihar were sent by ships to these countries and other British colonies under the Indian indenture system (a form of debt bondage) to work in sugarcane plantations. Around 15,000 labourers were sent to Trinidad &Tobago on ships named Fateh-Al-Razzak, Rhine, Ganges, Jamuna and Multah. Their arrival led to the widespread use of Bhojpuri in these countries.

However, these migrants were forced to leave their wives and families behind. This led to the tradition of virah geet (songs of separation). These songs, a part of the cultural tradition of Bihar, served as a means for women, who were mostly oppressed by the conservative patriarchal society of the region, to express themselves.

Debraj Bhattacharya, a noted researcher with Institute of Social Sciences (ISI), points out that there are very few stories or narratives that look at the pain of migration from the point of view of women. (ISI is a Delhi-based think tank that works on local democracy, human rights and women’s political empowerment at grassroots level.) “Most of the research deals with the number of migrating men. Women folk have been largely ignored,” says Bhattacharya.

Bhojpuri songs on migration, which date from the 18th to the 20th century, are now witnessing a renaissance of sorts with the surge in popularity of Patowary. Her latest album is a tribute to Bhikhari Thakur, author, playwright, singer and poet in Bhojpuri language. Thakur is best known for his popular play, Bidesia.

Bidesia includes six songs on migration. The most famous one is ‘Bhave naahin bhavanan, ho ram, videsh gavanvan,’ ( I don’t care for palaces, Oh Ram, my beloved has gone to a foreign land).
Apart from being melodious, nostalgic and, sometimes, even hauntingly moving, Bhojpuri songs on migration reveal a great deal about the cultural, social and economic circumstances of women and migrant male labourers at that time.

One of the major causes for migration was social inequality, says D M Diwakar, director of AN Sinha Institute of Social Sciences in Patna. Migrant labour from Bihar in the 19th century consisted of workers from lower castes. The prevalent feudal system required lower caste farm workers to take permission to draw water from the community well or to even walk along the common village path, says Diwakar. “These labourers from lower castes found liberty through migration,” he adds.

While the men escaped their feudal lot, women left behind had to endure  social stigma and loneliness. Songs such as 'Diniya ginat mori'  (counting days of your return) were the only means available to the women for expressing their emotions.

Bonding through duets and group songs

Folk songs on migration were originally sung solo. But finding solace in their common circumstances and struggles, women began to sing together, leading to a new tradition of duets and group songs.

Often men would return to their native villages with tales of hardship they faced abroad. These tales, too, were reflected in song.
In this duet, a woman sings to another that though her husband has no one to talk to while he works in the fields, the green leaves of sugarcane witness his plight: 'Ganney ki hari hari pattiyan, jaane sab batiyan'.

The second singer adds, 'Khoon paseene se seechay hum bagia, baitha baitha hokum chalaye bidesiya' (we plough the land with blood and sweat and these foreigners sit and order us around).

In a sudden change of roles, women were faced with the responsibility of running the household and making decisions for the family while their husbands were abroad. But this did not lead to their upliftment, and they had to continue to abide by the norms of the patriarchial society. 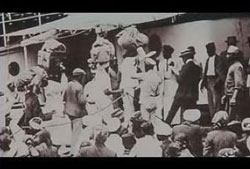 Harivansh Tiwari, director of Bhikhari Thakur School of Drama in Patna  says folk songs on migration took many forms. Women were not allowed to retort to male members of the family, and instead took solace in singing their plight. This gave rise to the culture of Jatsaari. “Jatsaari is sung early in the morning when women start their work. These complaining songs helped them vent their anger about atrocities within the family,” Tiwari says.

In his play, Bidesiya, Thakur beautifully explains the social complications of migration through the three main characters – a woman, her migrant husband and a prostitute. The prostitute is referred to in the play as the second wife of the husband at his workplace. 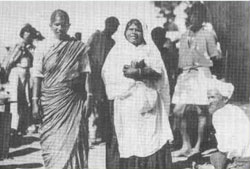 The family politics and sexual aspects of migration have been largely ignored, explains Renu Ranjan, head of department of psychology and master trainer for Bihar State AIDS Control Society (BSACS). Few migration songs depict wives warning their husbands not to fall in love with another woman in a foreign land. “In 80 per cent of cases, husbands pass on sexually transmitted diseases and the woman is blamed for his illicit relationships,” says Ranjan.

In early 20th century, emigration to foreign lands stopped, and a new wave of internal migration gripped Bihar. Agricultural workers started migrating to Punjab, Delhi, Kolkata and Mumbai. These workers were very poor and had no guarantee of getting a job. Their circumstances were reflected in the songs of the women.

Diwakar explains that distress migration started from early 1970s. There was no facility for irrigation and no source of livelihood in the villages. This prompted workers to migrate to other states likes Punjab only to take up agricultural jobs.“But those migrating to Kolkata, Delhi or Mumbai were moving to develop a new skill,” he says. These agricultural workers started becoming rickshaw pullers, and autorickshaw or taxi drivers.

After decades of being exploited, labourers from Bihar began to earn a better living. The Middle East became the new destination for migration, and better jobs were available to them in the more developed states of India. “By the late 1990’s, Bihar saw an upsurge in banking facilities. Migrants were able to send money home instantly, and mobile phones helped migrant labourers stay connected with their families,” says Diwakar.

Songs on migration underwent a change of tone and became happy and full of expectations. Through songs, women started demanding their husbands bring back lipsticks, bangles and dresses for them. Now most Bihari men migrate to the cities with their families. A recent Bhojpuri song on migration, which goes 'Dilli mein na rahab na saiya dilli sahariya mein' (I will not live in the city Delhi), has a wife telling her husband to send her back to the village as she gets bored in Delhi.

Institutes like Bhikhari Thakur School of Drama are already trying to document these folk songs and literary work on migration. Harivansh Tiwari, director of the institute, fears that the current commercial popularity of migration folk songs might be temporary. “There needs to be a detailed study on migration from the perspective of women, female farmers and women’s land rights,” he says.

Traditional songs on migration seem to have struck a chord with Indian Bihari people living abroad, who identify with lyrics such as 'Kaun nagariya mein tohra baserwa, hamare gail kab abage batohiya, Fijiya ke tapuya rupiah hi rupiah, baithle jahajwa mein kismet bidesiya'   (Which town is your home; when will my husband come? There is lot of money in Fiji island, my husband battles with fate in the ship). Bhojpuri folk songs have become unexpectedly popular on the Internet. Possibly because for many families whose loved ones are abroad, the sentiment remains the same.

A former journalist of a leading Hindi daily in Patna, Srikant, who is researching women and migration, makes a startling revelation. He claims that the East India Company, after witnessing the plight of women whose husbands migrated to distant lands, made a enacted a law in 1884 to allow a certain percentage of women to travel with their men on ships. “There are few records available on allowing women to migrate along with their husbands,” he says. Srikant also adds that the rule was never implemented.

Women never migrated and they were left with no choice but to express their anguish and pain through folk songs.

'It’s neither the rain nor the ship that is our enemy, but it’s money that forces our husbands to migrate to other lands.”