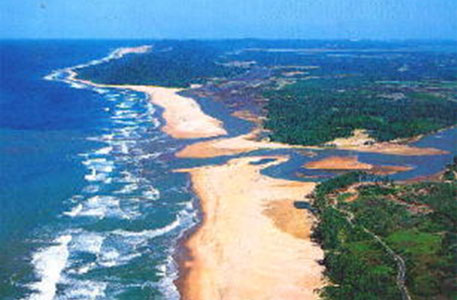 The chief scientist of the United Kingtom, Mark Walport, has warned that acidity of oceans has increased by about 25 per cent since pre-industrial levels, mostly because of human-induced emissions, according to a BBC report. He warned that if carbon dioxide emissions continue at the same rate, it will have severe adverse impact on marine food webs and ecosystems.

The oceans absorb about a third of the CO2 that is produced by industries. CO2 then reacts with the seawater to form carbonic acid.

Scientists in Exeter, too, have drawn attention to increasing levels of CO2 in the atmosphere changing ocean chemistry. So far studies have suggested damage to species with calcium-based shells, but the University of Exeter study suggests damage to other species as well. According to their study, ocean acidification is creating conditions for marine animals to take up more coastal pollutants like copper. Their study found that lugworms suffer DNA damage as a result of copper from polluted sediments. The sopper harms their sperm their offspring survive only a few days.

“It’s a bit of a shock, frankly,” says biologist Ceri Lewis from Exeter University, one of the report’s authors. “It means the effects of ocean acidification may be even more serious than we previously thought. We need to look with new eyes at things which we thought were not vulnerable.”

Research: Global declines in oceanic nitrification rates as a consequence of ocean acidification

Research: Impact of ocean warming and ocean acidification on larval development and calcification in the sea urchin Tripneustes gratilla