Nearly 350,000 litres of furnace oil spilled in the river on December 9 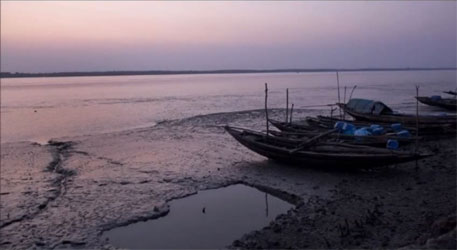 Nearly 350,000 litres of furnace oil spilled in the Sela river in Bangladesh’s Sunderbans area on December 9, threatening a sanctuary where the rare Irrawaddy dolphins are found.

Media reports say that the spill occurred after an oil tanker started sinking and was kept partially afloat by being tied to two other vessels. Later, an empty cargo vessel crashed into it, causing the leak. The tanker was reportedly on its way to deliver the oil to a power plant. The government has registered legal case against the owner of the vessels, say reports

It is reported that the oil has spread g a 40km section of the river. Experts are concerned because the spill threatens the marine life. The navy of a neighboring country has sent four ships to deal with the challenges in the affected area.

The Sunderbans, a UNESCO world heritage site, is a vast river delta on the northern shore of the Bay of Bengal. Its mangroves and rivers are home to a vast array of plant and animal life, much of it unique to the region.

The government declared parts of southern Sunderbans a dolphin sanctuary in 2011 after research suggested that some 6,000 Irrawaddy dolphins lived in the area. Sunderban forests, which cover 26,000 square kilometre in India and Bangladesh, are also the habitat of the famous Bengal Tiger.