One bank account per household by August 2015: Can Modi achieve this target?

Rural banks have an untapped potential of Rs 15 to 20 lakh crore, says economist 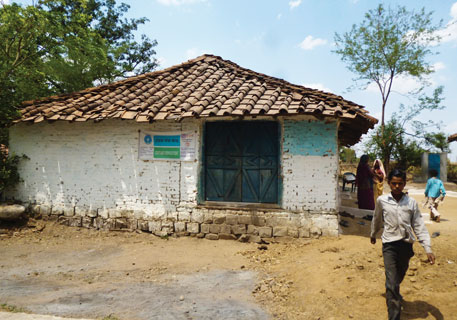 The BJP-led government at the centre has set for itself the ambitious goal of  achieving universal financial inclusion by August, 2015. By doing so it has advanced the deadline set by the previous UPA regime by one year. The government has also decided to engage state and district administrations in monitoring the progress of the financial inclusion target.

The decision was taken Thursday at the meeting of chief executive officers of public sector banks, other financial institutions like RBI, and senior officers of Ministry of Finance.

There are 75 million households in the country which do not have any bank account. Most of them are in rural areas.

The UPA government led by Congress had started the financial inclusion plan (FIP) in 2010. Its objective is to make core banking services accessible to the low income and disadvantaged rural population. In the first phase, that ended in March 2013, it aimed to bring all villages with more than 2,000 people within the formal banking system.

But the programme has been marred by a banking correspondent (BC) model that has not worked, technical glitches, lack of financial literacy among the public as well as lack of banking infrastructure and staff in rural banks.

A recent survey conducted by the RBI College for Agriculture Banking and the Consultative Group to Assist the Poor (CGAP) claimed that 47 per cent of banking correspondents, who help people open accounts, are untraceable. The survey was conducted in 15 states between September and November, last year.

In the second phase, that will end in March 2016, villages with less than 2,000 people were be brought under FIP (this date has been advanced by the present government). To simplify the process of opening a bank account, government banks closest to these villages either open a branch, set up a banking kiosk, or place a banking correspondent there. People have the advantage of opening accounts with zero balance. The account makes availing development benefits easy.

Finance minister, Arun Jaitley, without disclosing any details, announced the advanced deadline for achieving the target under the second phase, a media release of the ministry.  “In order to ensure viability of BCs Bank would start a financing scheme,” said Jaitley in the press statement.

“It is too early to comment. Until and unless the FIP is a profitable proposition for the banks, it is hard to expect the goal would be achieved in one year,” said Singh.

Singh, however, lauded the government's decision to involve state and district administration. “If District Collectors regularly conduct meeting and send reports, it would create pressure on the banks and some concrete result would come out,” said Singh.

Another expert on financial inclusion, Gopal Naik, who also teaches economics at IIM Bengluru, called for some institutional arrangement for the success of FIP.

“Institutional arrangements, like the incentive fixed for BCs, is too low to be sustainable. The banks provide 0.5 per cent to each BC, whereas the contract companies which recruit BCs provide a mere 0.03 per cent, making it unattractive,” said Naik. “Banks should come forward to appoint BCs and allow make them work under their own supervision. This can yield better results,” added Naik.

Singh said the government needs to show patience and move slow and steady. “The target may not be achieved in one or two years but it can be achieved in next four years. It is untapped market of 15 to 20 lakh crore. Sooner or later banks will see its business potential. Till the government should guide banks through hand holding,” added Singh.