'Only closure of ivory markets can save African elephants'

Study by Wildlife Conservation Society underlines how illegal ivory trade, which has doubled since 2007, is causing rapid decline in elephant population 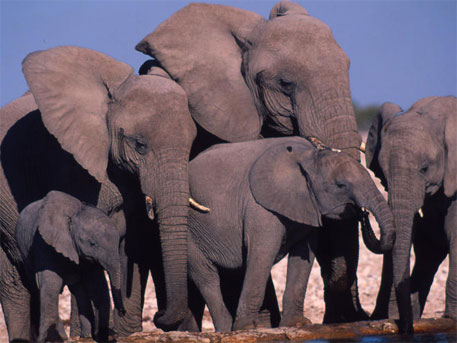 All ivory markets must be closed and ivory stockpiles must be destroyed if elephants are to be saved, says a peer-reviewed paper  by the Wildlife Conservation Society (WCS). Citing the example of African elephants, the paper says that corruption, organised crime and lack of law enforcement are contributing to the species’ demise.

Published online in the journal Conservation Biology, the paper underlines how illegal ivory trade, which has doubled since 2007, is causing rapid decline in elephant population. “If we are to conserve remaining wild populations of elephants, we must close all markets because, under current levels of corruption, they cannot be controlled in a way that does not provide opportunities for illegal ivory being laundered into legal markets,” lead author Elizabeth Bennett, WCS vice president for species conservation, writes in the paper.

African elephants are facing the most serious conservation crisis since 1989. According to Bennett, once illegal ivory enters the legal trade, it becomes difficult or impossible for enforcement officers to differentiate between legal and illegal. “Addressing corruption throughout a trade network that permeates countries across the globe will take decades, if it can ever be achieved. That will be too late for wild African elephants at the current rate of loss,” she explains.

The paper looked at the corruption index of 177 assessed countries. Six of the eight countries identified by the Convention on International Trade in Endangered Species of Wild Fauna and Flora (CITES) as most implicated in ivory trafficking globally are in the bottom half of the most corrupt countries of the world. The figures are particularly dismal for Africa. Half of the 12 African countries assessed with elephant populations are in the bottom 40 per cent.

Corruption is root cause

Loose implementation of the law compounds the problem. “Poachers and traffickers can rapidly pay their way out of trouble, so the financial incentives to break the law heavily outweigh those of abiding by it,” says Bennett. She believes that with good enforcement on the ground, the tide of poaching can be slowed. “In the long term, the only sustainable solution is for the demand for ivory—the ultimate driver of the system—to be reduced. Until that happens, if elephants are to survive, we need to close existing legal markets,” she adds.