Ontario gets rid of coal-fired power 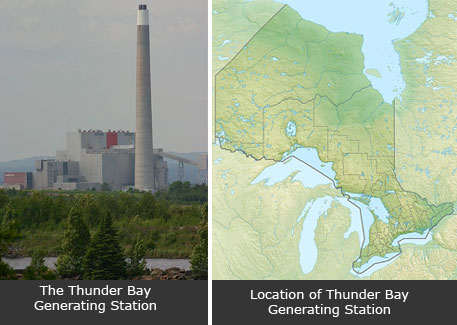 Operated by Ontario Power Generation, Thunder Bay Generating Station was the oldest coal-fired station in the province. The plant is expected to be converted to burn biomass, a renewable fuel source. This will also help in retaining employment in the plant. The province has replaced coal generation with a mix of emissions-free electricity sources like nuclear, water power, wind and solar, along with lower-emission electricity sources like natural gas and biomass, says a statement released by the Ontario government. "Getting off coal is the single largest climate change initiative undertaken in North America and is equivalent to taking up to seven million cars off the road,” said Bob Chiarelli, minister of energy, Ontario.

Ontario’s air quality has also been improving, according to the Air Quality in Ontario report of 2011, prepared by the ministry of environment. The report said that three major pollutants — nitrogen dioxide, carbon monoxide and sulphur dioxide — were down between 40 and 64 per cent over nine years because of the various measures, including elimination of coal-fired power plants, taken by the province.

Analysis: Thermal power plants on the anvil - Implications and need for rationalisation