Palliative care not available for majority in developing countries: WHO

Only 20 countries across the world have palliative care well integrated into their health-care systems, says report

“Only 1 in 10 people who need palliative care, or medical care to relieve the pain, symptoms and stress of serious illness, are currently receiving it,” says a recent report released by World Health Organization (WHO).

Published jointly by WHO and Worldwide Palliative Care Alliance (WPCA), the global atlas has highlighted that availability of palliative care is a challenge for the world.
According to WHO, in 2001, over 29 million people across the world died from diseases which required palliative care. The present estimated number of people in need of palliative care, at the end of life, is 20.4 million. 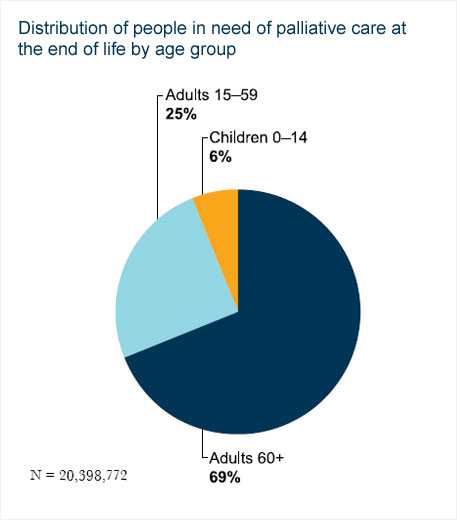 Contrary to the common belief that only cancer needs such assistance, WHO has emphasised on many other diseases where people need palliative care. To ascertain this, the world health agency has examined prevalence of pain in specific diseases to find out whether they need the facility or not. 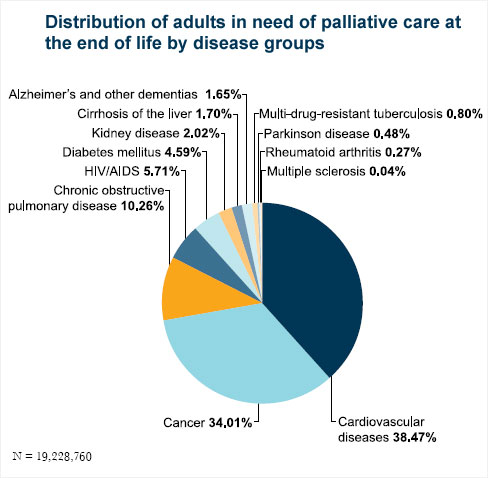 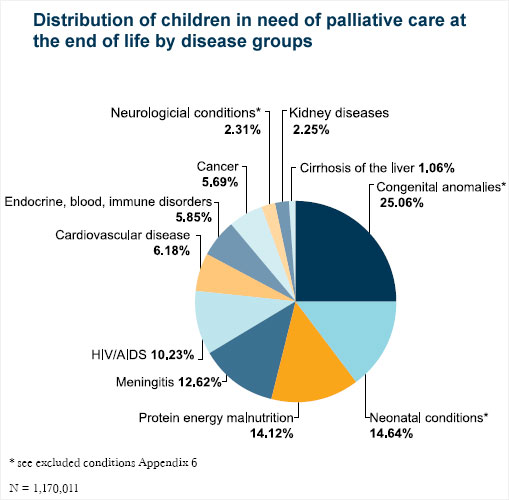 “Only 20 countries across the world have palliative care well integrated into their health-care systems, says the report. It further adds that the great majority, 78 per cent of adults in need of palliative care at the end of life, belong to low and middle-income countries where it has not got sufficient attention from local government. 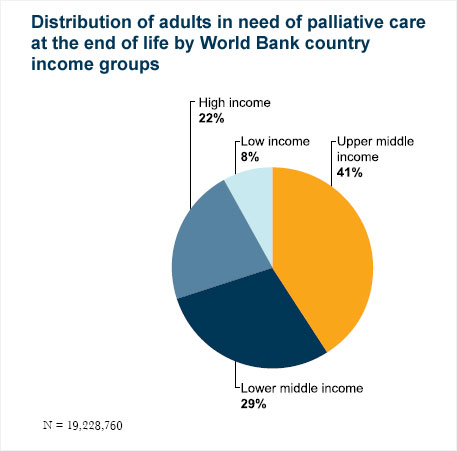 However, the highest rate of people (per every 100,000 adults), in need of palliative care, is found in the higher income groups. 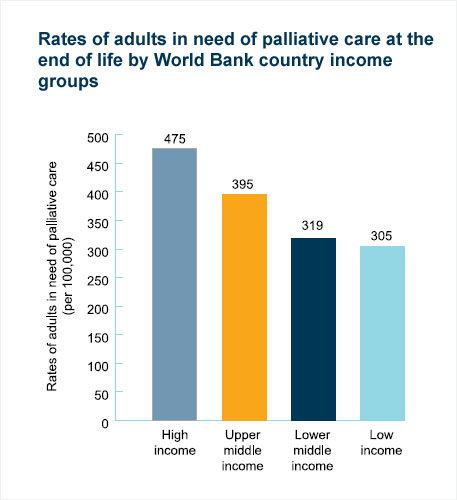 WHO, in its report, has insisted that palliative care refers to the approach that takes care and improves the quality of life of patients and their families facing problems associated with life-threatening illness.

Global atlas of palliative care at the end of life