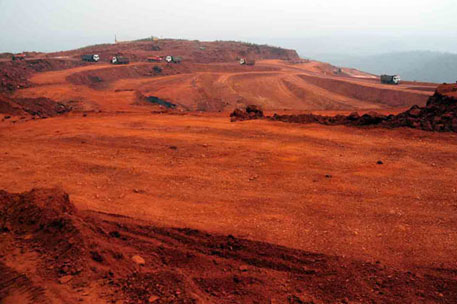 Jharkhand chief minister, Hemant Soren, on Monday, refused to chalk out a middle way to resume iron-ore mining in the state. Jharkhand, following a Supreme Court directive, had ordered closure of 12 iron ore mines in West Singhbhum district from September 5.

The 12 leased mines that have been closed were operated by Tata Steel, Steel Authority of India (SAIL) and Orissa Manganese and Minerals Private Ltd. The companies had not renewed their mining licenses for past few years.

The closure of mines has triggered panic among major steel makers in the area. It has also led to loss of livelihood for hundreds of tribal miners in the district.

The chief minister, while paying tribute to martyrs of Gua firing incident (that occurred in 1980 when Jharkhand Mukti Morcha was demanding the rights of tribal people in the state) said that the closure is a result of inability of mining giants to follow the rules. “These companies have badly faltered in their corporate social responsibility (CSR) initiatives,” he added. Soren also lashed out at the companies for failing to maintain environment and forests in the mining areas.

West Singhbhum district contributes to around 24 per cent of the total iron ore mined in the country. The district had around 42 iron ore mines. At present, only 24 mines are operational. Moreover, Tata Steel, SAIL and Orissa Manganese and Minerals have not taken any initiative to renew the leases. The disinterest of the mining giants has reportedly irked Soren.

Kishor Prasad, president of Bhartiya Mazdoor Sangh (BMS), met the chief minister during the ceremony and said that closure of mines has led to a hunger-like situation among the tribal miners of the district. “State government and mine owners should jointly take the initiative to resume mining in the district,” he said.

The Supreme Court, in its May 15 order, had directed the Union government to take action against the mining companies that have not got their leases renewed. The Central government, following the SC order, had issued a directive in July to close mines leased by errant mining companies.

Judgement of the High Court of Jharkhand regarding the demand of royalty raised by the State of Jharkhand on the “processed coal”, 12/03/2014