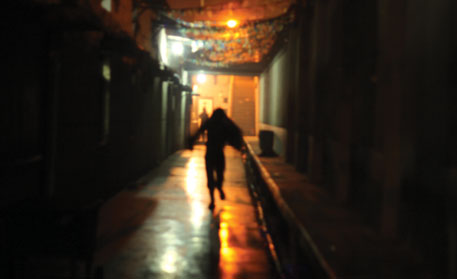 Following a hue and cry raised by some civil society groups over certain provisions in the Mental Health Care Bill of 2013, which was introduced in Rajya Sabha this monsoon session, the Bill has been referred to the  Parliamentary Standing Committee on Health and Family Welfare. It is headed by member of Parliament Brajesh Pathak.

The standing committee has called a meeting of all concerned groups and organisations, including the World Health Organization and Public Health Foundation of India (PHFI), on Friday. The Bill is meant to repeal the Mental Health Act of 1987.

When it was introduced, the Bill was criticised for certain provisions. While it gives patients the right to decide on the mode of treatment, it has a special clause on “advance directives”. Under the clause, a patient will have the right to name a person as his or her guardian in advance.

Abdul Mabood, who runs a non-profit, Snehi, which is engaged in psychological support and mental health care to patients, has been voicing concerns over lacunae in the Bill.

Should the Bill be withdrawn?

He said that the Bill must be withdrawn and a fresh Bill should be drafted. He said the pending Bill, if passed, will not bring any change at the ground level. Referring to the clause on “advance directives”, he said  people say this will work against the interest of patients. If a patient  nominates a guardian in advance, once he or she goes to an asylum, the guardian may attempt to keep the patient in the asylum to grab his or her property or simply avoid any responsibility for the patient.

“One thing will surely happen once the Bill turns into the law. Many private mental hospitals will mushroom,” said Mabood, while adding that the Bill has been prepared by private doctors for their benefit.

“We have raised these issues and the Bill has been sent to the standing committee. On Friday, we will present these points in the meeting,” said Mabood.”

Director of Centre for Mental health of PHFI, Vikram Patel, said the Bill is quite critical for the country and should not be withdrawn. “It is the result of hard work and it must take concrete shape. Everybody should stand for this. There definitely are certain issues to be resolved, but the Bill should not be withdrawn for those reasons,” he said.

He said that many groups have expressed concern over how the Bill would be implemented and the fact that resources would be required. “But this is not sufficient reason to withdraw the Bill. It is the responsibility of the concerned stake holders to find resources,” he added.

To keep up with United Nations Convention on the Rights of Persons with Disabilities, to which India became a signatory in 2007, the government pushed for the Bill. But parliamentarians did not pay enough attention to it.

The new Bill was tabled because the earlier draft does not talk about the rights of people with mental health problems who are not only facing health threat but are being victimized by society also. The old Bill does not ensure health care facility to patients.

It also decriminalizes suicide. In the case of suicide attempt,  psychiatrists will first assess whether a person is suffering from mental illness or not. The Bill also ensures that in case a patient needs to be given electro-convulsive therapy, it can be done only after giving anesthesia.

The Parliamentary panel has been given three months time to deliberate and give its recommendations on the Bill.