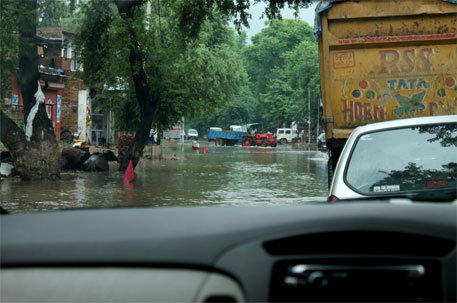 Latest data released by the India Meteorological Department (IMD) confirms what farmers reeling from devastation caused by repeated heavy rains during Rabi harvest already know from experience—most of India received excess rainfall in March and April this year. The situation was different in the north-eastern region, which witnessed deficient rainfall. Odisha, Arunachal Pradesh and parts of Andhra Pradesh are the only areas that received normal rainfall in the two months.

Analysis of rainfall data from March 1 to April 15 show that on the whole India received 20 per cent more rainfall than the long period average (LPA). In some parts, departure from LPA was as high as over 1,000 per cent. LPA for eastern Rajasthan, which includes districts like Dungarpur, Kota and Dhaulpur, is 5mm rains. It received 71.8 mm of rains in the two-month period, which is 1,336 per cent more of LPA. Adjoining western Madhya Pradesh received 65.5 mm of precipitation, compared to an LPA of 5.7, a departure of 1,049 per cent.

Marathwada region saw a departure of 600 per cent. The LPA for Marathwada is 9.4 mm, but it received 65.8 mm of rains.

The only four regions where the rain departure from LPA was less than 100 per cent were Gangetic West Bengal, Tamil Nadu and Pondicherry, Chhattisgarh and Himachal Pradesh.

North-eastern states, on the other hand, suffered from lack of rains. Assam and Meghalaya received 22 per cent less rainfall. Against an LPA of 150.7 mm, the two states received only 118.2 mm rains. LPA for Nagaland, Manipur, Mizoram and Tripura is 140.9 mm. The states received 99.8 mm of rainfall, a reduction of 29 per cent.

The agency also says that monsoon will set in around May 27, four days ahead of the usual date.