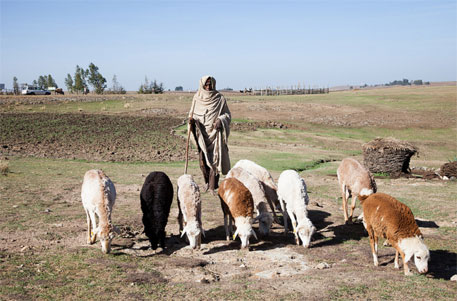 A recent United Nations Environment Programme (UNEP) report says that pastoralism—traditional way of livestock rearing on rangelands—is beneficial to humanity. The study says that the practice should be encouraged for a successful global transition to green economy.

The paper was released at the third scientific conference of the United Nations Convention to Combat Desertification (UNCCD) in Cancun, Mexico, recently. The study, Pastoralism and the Green Economy-a Natural Nexus?, shows that sustainable pastoralism on desert grasslands, woodlands and steppes maintains soil fertility, contributes to water regulation and promotes biodiversity.

“As our world becomes increasingly mechanized and industrialized in the pursuit of progress, it is easy to forget that there is much to be learned from traditional ways of life such as pastoralism," UN under-secretary-general and UNEP executive director Achim Steiner said.

Pastoralism is practised by up to half a billion people across the world. The report calls for the establishment of a global development framework to endorse this traditional method of livestock rearing.

Though pastoralism has several benefits, underinvestment over the decades has deteriorated the lifestyle in many developing countries.

According to Steiner, “…half a billion pastoralists across the world are struggling to maintain a way of life that is far more consistent with green economy goals than many of our modern methods of rearing livestock.”

Highlighting the benefit of pastoralism, Steiner added, “As developing economies grow and middle classes flourish, the demand for animal protein is only set to expand. With smart, targeted policies, a revitalized attention to pastoralism can play a significant role in fulfilling this demand whilst protecting rangeland biodiversity and ecosystem services and reducing greenhouse gases emitted to the atmosphere.” 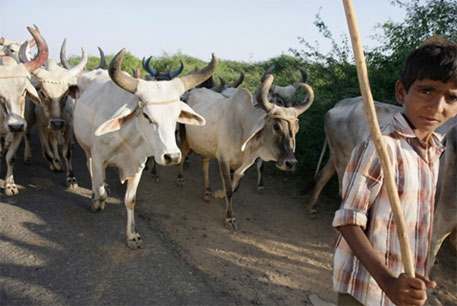 How pastoralism can promote green economy?

Carbon sequestration (capture and storage of atmospheric carbon dioxide) provides an example of how pastoralism can support green economy. Grazing lands cover five billion hectares globally. Sequestration between 200-500 kg of carbon per hectare per year plays a vital role in climate change mitigation. Up to 70 per cent of dryland soil carbon can be lost through conversion to agricultural use, says the UNEP report.

Examples across the world

There are several instances from across the world that uphold the benefits of pastoralism. In Spain, the seasonal movement of pastoralists and their herds along migration corridors supports habitat connectivity and biodiversity. This happens through the transportation of seeds and insects by sheep.

In Australia, livestock grazing by pastoralists on invasive grass species has conserved the Bridled Nailtail Wallaby—a species endemic to Australia and listed as endangered on the IUCN Red List of Threatened Species.

The study advocates that pastoralists should be connected to markets for boosting employment opportunities in pastoral areas. It also says that they should be integrated into development mainstream.

In a recent Down to Earth report, it has been shown that Rajasthan’s livestock population is facing threat with the disappearance of grazing lands.

According to the report, livestock has sustained the rural people of Rajasthan during times of drought. State government data suggests that 80 per cent of rural families in Rajasthan keep livestock and 35 per cent of the total income of small and marginal farmers comes from dairy and animal husbandry.

However, this back-up economy, is witnessing a slow death because of the government’s narrow-minded policies and the disappearance of grazing lands due to mining and agriculture.