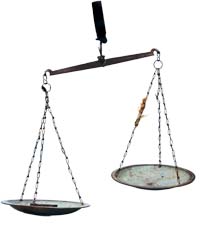 Households under tpds are classed as Below Poverty Line (bpl) and Above Poverty Line (apl) groups based on income. bpl is further divided into bpl and Antyodaya scheme which targets economically weakest people 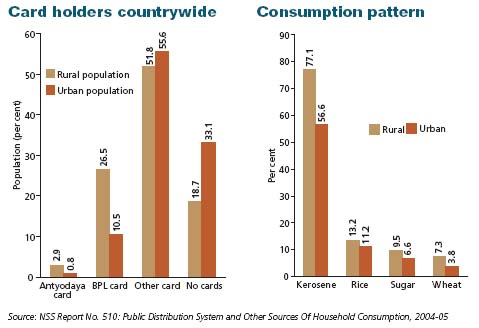 Estimates show households with more than 0.4 hectares (ha) benefit more from the schemes

Subsidies for apl families were eliminated in 2000. Under tpds, about 50 per cent 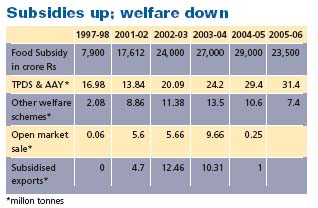 subsidy (against government's procurement cost) is given to bpl families. Antyodaya gives even higher rate of subsidies

Under tpds, 81 per cent of rural and 67 per cent of urban households have ration cards. Over 26 per cent households in rural areas and 10.5 per cent in urban areas have bpl cards

Number of households with ration cards is highest among the self employed; about 11 per cent of them hold bpl cards

To transfer food worth a rupee, the government spends Rs 3.65.The fair price shops are not viable, prone to food leakage