‘Pesticides, antibiotic use and ultra-processing threaten food safety in India’

Delhi-based Centre for Science and Environment says that in addition to microbiological and chemical contamination, factors like salt, sugar and trans fats also make food unsafe for consumption 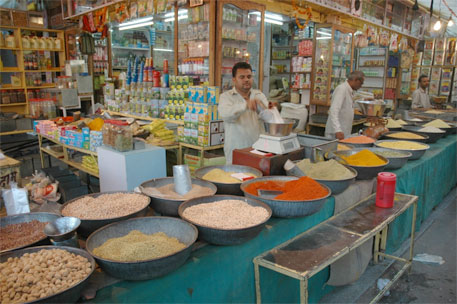 Safe food and health are strongly linked. To highlight the importance of this link, the World Health Organization has chosen food safety as the theme of this year’s World Health Day, celebrated every year on April 7. Unsafe food is the reason behind more than 200 diseases, many of which lead to the deaths of several thousand adults and children around the world.

Ensuring food safety is a tough challenge in a large and complex country like India. Adulteration of several food items is regularly reported from different parts of country. A case in point is the adulteration of milk with water and detergents in most states. The water used for diluting milk could be contaminated with bacteria or virus, while detergents are toxic to humans.

Pesticide use and management are largely unregulated in India. Food contaminated with pesticide residues is linked with long-term health effects such as endocrine disruption, birth defects and cancer. Besides raw agriculture produce, pesticides have been found in packaged food products such as soft drinks and bottled water. So rampant is their use that they have been found in human tissues, blood and even breast milk. Unregistered pesticides and those with no set maximum limits are being used. Waiting periods are not known or not followed in many cases. Their usage is largely influenced by the industry’s marketing initiatives due to less effective farm extension services and limited coherence between government institutions at the Centre and in the state.

Indiscriminate use of antibiotics for non-therapeutic reasons such as growth promotion and mass disease prevention is a common practice in intensive industrialised farm settings in the country. Residues of antibiotics and drug-resistant bacteria can get transferred to humans through contaminated food. Drug resistance, which is linked with the practice of using antibiotics, makes food-borne illnesses difficult to treat. Most bacteria which cause food-borne illnesses such as E. coli, salmonella and campylobacter are already found to be multi-drug resistant in the country.

Microbiological contamination of street food is a concern. On the other hand, the most common replacement of street food is processed and packaged food, which is laden with chemical additives used or generated during processing and packaging. Long-term risks of many of these additives are still not known. Besides, ultra-processed junk foods are also known to be high in salt, sugar and fats, including trans fats. Considering their established linkages with non-communicable diseases such as diabetes, obesity and heart disease, it would be more than appropriate to consider these foods as unsafe too.

Another challenge is that ultra-processed junk food and other pre-packaged foods are cheap and more easily available than freshly prepared foods, fruits and vegetables. This is due to increasing industrial food production practices, transition in food consumption habits, fragmented food industry characterised by huge number of micro and small food operators,  and a newly set up food safety authority.

This becomes more challenging in India as a large proportion of the population is undernourished and unaware about the very concept of food safety. The connection between “food” and “health” (or disease in this case) is less understood.

India can no longer afford to remain torn between providing “food” and “safe food” to all. Safe food is a must.