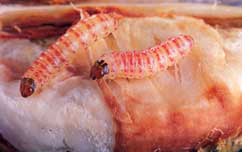 The promoter of genetically modified crops, Mahyco-Monsanto Biotech, has reported pest resistance to the Bt gene used in its hybrid cotton plant—Bollgard. Scientists at the government’s Central Institute of Cotton Research (CICR) in Nagpur dismissed the company’s claim as a gimmick to promote its more expensive Bollgard II.

The company added no instance of resistance in pests was found in places where farmers are using its advanced Bollgard-II seeds, released in 2006. In its report to the Union Ministry of Environment and Forests, the institute alleged Monsanto’s findings were flawed.

The company collected samples from 34 locations of which 33 were from Bt cotton fields. “In a Bt field, one will only find those pests that have already become resistant,” said K R Kranthi, director of CICR. “So, one is supposed to check the non-Bt fields and see if there is an increase in the number of pests over a period of, say, five years,” he said.

The cotton research institute’s rejection of Monsanto findings is equally suspect said activists as CICR is promoting its own single-gene cotton hybrid approved last year. Kavita Kuruganti of non-profit Kheti Virasat Mission said: “Science is mired in commerce and we can’t trust anyone. What needs to be resolved first is whether the insects have been found in Bt cotton fields.” Ram Kalaspurkar, secretary of Vidarbha Organic Farmers’ Association, said Cry1Ac protein (toxin against pests) used in Bollgard remains in the plant for only 90 days while the bollworms attack when the plant is 110 to 120 days old.

Monsanto said the pink bollworms are likely to have developed resistance to Cry1Ac protein as its levels are low in Bollgard. The other reason given for resistance in pests was lack of non-Bt crops planted near Bt fields. Such crops attract pests that mate with the pests in Bt fields. This prevents resistance to Bt gene in them. Bollgard II uses two proteins Cry1Ac and Cry1Ab as against just one protein in Bollgard. Monsanto is also developing a cotton seed with three proteins. A study by the African Centre of Biosafety in Johannesburg earlier this year said using more than one Bt protein in a plant seed has the potential to create new forms of contamination in plant kingdoms.

Activists said reporting pest resistance in Bollgard has little relevance as its seeds will any case be withdrawn by 2011. According to the sub-licensing agreements between Monsanto and the seed companies, the latter are supposed to withdraw Bollgard from the market in three to five years after the government approves commercial production of Bollgard II. G V Ramajaneyulu, head of the non-profit, Centre for Sustainable Agriculture in Hyderabad, said Bollgard II is not the solution. “After sometime the bollworms will again become resistant and then they will introduce Bollgard III,” he said.