Only 60 per cent of the total plan outlay for vector-borne diseases spent between 2007 to 2013; lack of co-ordination between ministries and state agencies a major hurdle in implementation 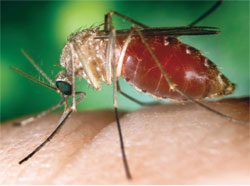 Controlling vector born diseases (VBD) like malaria is still a big challenge for India though the programme to control them was started over a decade ago. Diseases like malaria and kala-azar are no longer fatal like they used to be and their incidence has also decreased significantly, but new vector-borne infections like dengue and acute encephalitis syndrome are on the rise and claiming lives.

One of the reasons for failure of the government that launched the National Vector Borne Diseases Control Programme (NVBCP) in 2003 is that it has not been fully utilising the the planned budget for VBD control. What's more there is no synergy between different government ministries and departments.

An analysis by Raipur-based chartered accountant, Anshuman Bardhan, shows that actual expenditure on VBDs has been 60 per cent of the total plan outlay since 2007 to 2013. “The low budget execution was largely due to delays in tendering processes within the NVBDCP,” says Asheena Khalakdina, epidemiologist with World Health Organization (WHO)-India country office in Delhi. NVBDCP and WHO have come together to jointly monitor the strategies and implementation of the programme to fight infectious diseases.

The five most acute VBDs affecting India are malaria, dengue, chikungunya, filariasis, acute encephalitis syndrome (AES) and kala-azar. National Anti-Malaria Programme, National Filaria Control Programme and Kala Azar Control Programme have been in place since the 1950s. They were merged in 2003 to form NVBDCP and many more diseases were brought under the ambit of the programme.

The programme, formed under the Union Ministry of Health and Family Welfare, has to coordinate with other government agencies to reduce VBDs in India, besides providing healthcare services. The Union Ministry of Drinking Water and Sanitation is required to ensure clean habitation and water for consumption. The Union Ministry of Human Resource Development has to work for awareness among students. Research agencies involved need to find causes of the diseases and solutions.

“Most ministries work in isolation, missing a holistic approach to reduce VBDs. But we are now concentrating on building this cooperation,” says AC Dhariwal, director of NVBDCP. He says officials are also trying to understand the changing trend in VBDs to formulate better strategies.

The most worrying trend in India relates to AES, which has become rampant since 2005. From 3,855 cases in 2008, their numbers jumped to 7,478 cases in 2013. Deaths due to AES increased from 684 in 2008 to 1,270 in 2013. AES is a group of neurological diseases, also called brain fever, caused by wide range of viruses, bacteria, fungus, parasites, chemicals and toxins. Despite introduction of vaccination for Japanese encephalitis virus, the cases of JE have not decreased significantly.

“We still have to find vectors for majority of AES cases. Our laboratories are engaged in testing,” says Rishi Kumar Jaiswal, head of AES in NVBDCP.

“Rapid and unplanned urbanisation is the main cause of spread of dengue. It mainly spreads in urban and semi-urban areas where solid waste management is poor. Deficient water supply increases water storage by people, leading to possibility of stagnant water in which mosquitoes breed, including those that spread dengue and chikungunya.”

Number of cases and deaths reported in recent years
Malaria 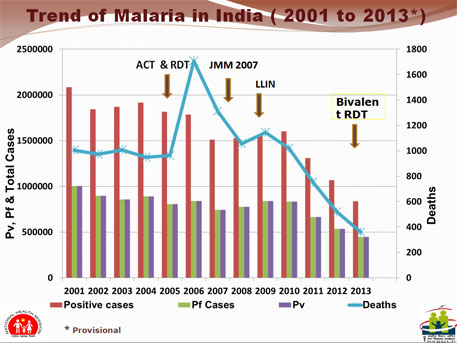 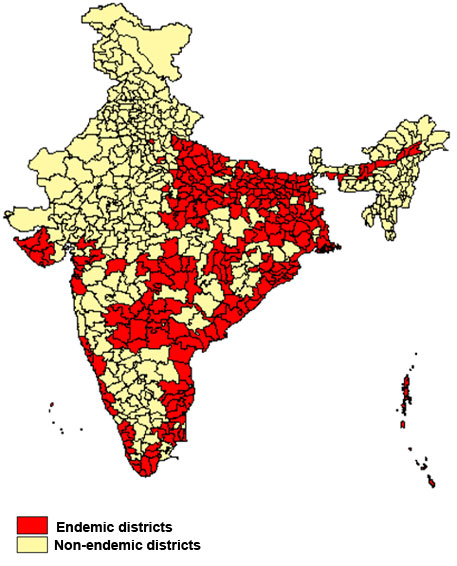 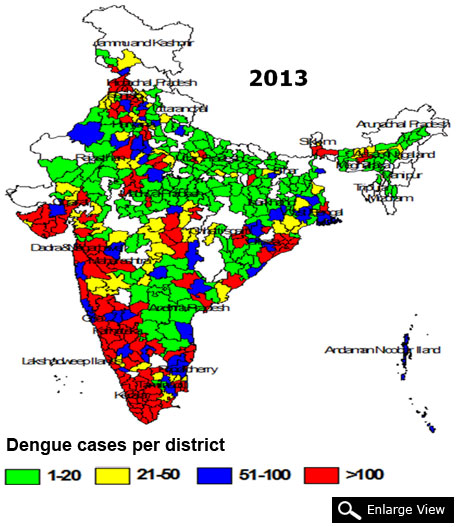 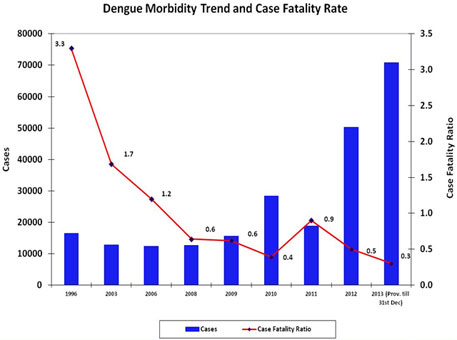 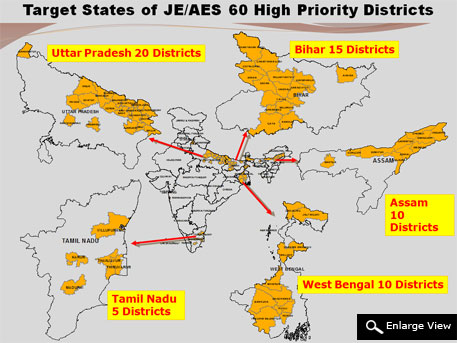 Feature: Perceptions regarding mosquito borne diseases in an urban area of Rajkot city

Feature: Neglected funding for vector-borne diseases: A near miss this time, a possible disaster the next time