Polluters get away by making ad hoc payment to farmers 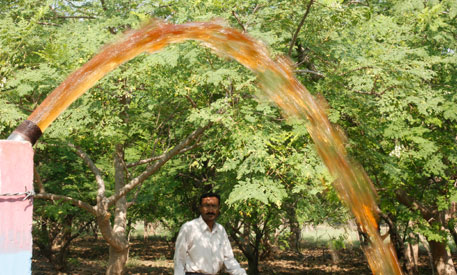 Once known as the vegetable basket of western India, Luna village and surrounding areas in Padra taluka of Gujarat's Vadodara district are now famous for borewells that spew reddish brown water. These are referred to as “Thumbs Up borewells”, named after an Indian brand of cola drink. Laboratory tests by the Gujarat Pollution Control Board (GPCB) earlier this year shows that nearly half the borewells in the region are contaminanted by effluents produced by the neighbouring pharmaceutical and industrial dyes, which give the water the reddish brown hue.

To keep the villagers from protesting loud, the polluting industries are doling out cash and cheques as ad hoc payments for the damage they are causing.

Ghanshyam Patel of Luna, a pioneer of organic farming in the region, owns 30 hectares (ha) of land. Two of Patel’s borewells have been contaminated due to their proximity to the Metrochem Dyestaff unit (now owned by Huntsman Chemicals). Patel alleges that Metrochem used reverse boring to pump effluents into the aquifers, from which he used to draw fresh water for farming. His borewells have the highest chemical oxygen demand (COD) in the whole region as per the GPCB survey (see 'What Gujarat Pollution Control Board found'). COD indicates the presence of organic chemical compounds in water and is a measure of water dissolved oxygen consumed by contaminants during decomposition; it is used as an indicator to determine water pollution. Patel was growing vegetables such as drumsticks and brinjals, without using fertilizers or pesticides since 1989. He started suffering losses from 1998. Patel claims that the effects of the pollution started showing around then. His borewells were contaminated by the neighbouring industries.

Since 2008, Patel has been visiting the offices of Huntsmen Chemicals every day. It was around 2007 that Huntsman decided to buy Metrochem Dyestaff for about Rs 400 crores. In August 2008, within a month of Hunstman taking over Metrochem, effluents were discharged into Patel’s fields. Huntsman officials say the incident was a mishap since the company was new to the region and could not foresee that a flood inside the manufacturing unit’s compound could spill over to farmers’ fields. The company has offered to pay about Rs 6 lakh to Patel as compensation on humanitarian grounds. The amount is meant to compensate losses for the past three years; Huntsmen officials told him that for pollution caused in the previous years, Patel would have to approach Metrochem, which was running the unit earlier.

“The company officials have said that they will approach Metrochem on our behalf but that they would not be able to pay the compensation for the losses that we have faced all these years,” says Patel.

About half a kilometre from Ghanshyam’s fields, six families including two belonging to the Waghri community, the lowest caste in Central Gujarat, say Metrochem used to compensate them. Between 1997 and 2008, Bachu Gopal Sindha and his three brothers, residing in Umraiya village near Luna, received cash compensation from Metrochem till Huntsman bought the company. The homes of these six families and a narrow strip of their commonly owned fields are sandwiched between two common effluent treatment plants (CETPs) managed by pharma company Zydus Cadilla and Huntsman. 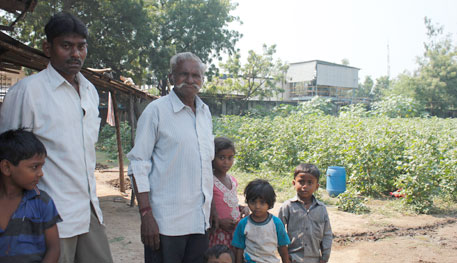 When Huntsmen took over Metrochem, the officials immediately discontinued the ad hoc payments. Later, on July 20, 2010, Sindha received a letter from Huntsman officials, saying water and soil samples collected from his farm and borewells by two laboratories, SGS India Private Limited of Ahmedabad and Environment Engineering Laboratory of JMS University, showed that the chemicals present in the samples were not used by the company, nor were they bye-products of any of chemical processes used by Hunstman. The chemicals found in these samples were: benzene, bromochloromethane, dichloromethane and toulene. Each family used to get compensation of up to Rs 10,000 for a bigha of land (one bigha equals 2,468 sq metres) from Metrochem annually since 1997. After the takeover, Hunstman agreed to install a reverse osmosis drinking water plant in the area. The plant is yet to materialise and Sindha’s family and others have to walk two kilometres everyday to fetch drinking water.

Villagers to be blamed: industry

The villagers point fingers at Zydus Cadilla’s CETP. The plant manager, Praful Thakkar, however, says the villagers themselves are to be blamed for their plight. Luna is situated along the 55 km long effluent channel, which carries effluents from 500 industrial units, mostly pharmaceutical and dye making units, from Nandesari Industrial Estate, about 18 km from Luna, to the Gulf of Khambat. “They (residents) have been using the water from the effluent channel pipeline, which carries effluents to the main effluent treatment plant in Bharuch. This has led to the pollution in the area,” says Thakkar. But villagers accuse Zydus Cadilla of pumping effluents underground, contaminating groundwater. Thakkar says there is no proof of it and that the company will not compensate farmers

Huntsman, meanwhile, has paid compensation to eight other farmers from Luna village, whose farms share the boundary with the company. “We are giving compensation after direct discussion with affected farmers on humanitarian grounds, based on the damages caused by the fugitive dust emissions from the company,” says the company site manager. Saving one farmer, Anil Valand, who received compensation of Rs 60,000 in May this year, other farmers received only Rs 25,000 from Hunstman company. The farmers are not sure if the compensation is a one-time payment or it would be paid to them annually. ` 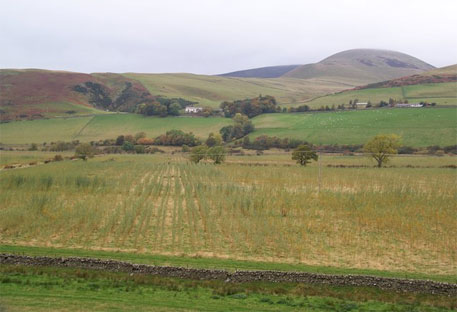 On 13 August this year, farmers of Umraiya village, one kilometre from Luna, received ad hoc compensation of up to Rs 10,000 each when untreated waste entered their fields from Amoli Organics. It was during monsoon that the pond, used to store effluents, was flooded due to heavy showers; the untreated waste crossed the effluent treatment plant’s boundary walls and flowed into the fields.

The correspondence between the aggrieved farmers and GPCB, shows the company was asked to close temporarily for 15 days. But no other action was taken against the polluter under the provisions of Environment (Protection) Act. Kulesh Daya Patel, a 32-year old farmer of Umraiya says the payments he received made up for the losses the effluent caused his drumstick and brinjal plantations. “I am not sure how long this cycle of effluent discharge will go on. We really need to know what are the effects of this effluent on our crops and our health,” says Patel. He is one of the 13 farmers in Umraiya who received compensation.

For big farmers such as Kirit Amin from Luna village, whose crops have been damaged several times due to illegal discharge by another pharma company, Shiva Pharmaceuticals, the compensation is of no use. Shiva Pharmaceuticals was slapped with temporary closure notice as it did not have an effluent treatment plant. Amin says he wants polluters such as Shiva Pharmaceuticals closed permanently. “I refused compensation. The soil in my farm and the water below are completely polluted. This loss is irreparable and compensation would not help in any way. I want permanent closure of all the industries which have been polluting Luna and other areas,” says Amin.

Luna is facing pollution from two sources—the industries nearby and the effluent channel passing by. Towards the end of 2010, some of the industries using the effluent channel were slapped with notices by GPCB for not following norms while sending effluent to the final effluent treatment plant in Bharuch, from where the treated effluent is discharged into the Gulf of Khambat. When the district administration of Vadodara ordered sample testing of the groundwater and surface water in the region in May 2011, as many as 45 of the 108 borewells surveyed in the region were found contaminated by effluents comprising lead, mercury and ammoniacal nitrogen. Their COD ranged between 400 and 800 mg per litre. This far exceeds the COD limit that GPCB prescribes even for treated effluent—250 mg/litre. For this reason, farmers say their borewells are not just contaminated but filled with industrial effluent.


GPCB's officer in-charge for Vadodara, Manoj Patel, says the Seismological Institute from Gandhinagar is conducting survey and that experts from the Indian Institute of Technology at Roorkee have been roped in to study the effects of the effluent channel on farming. Health survey of the people is yet to be conducted.