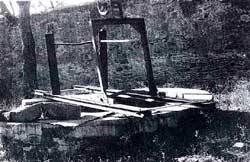 THE PESTICIDES India Limited (PIL) factory in the Khempura area of Udaipur is the focus of a pollution controversy that some believe is now assuming political overtones.

After local residents complained of the factory's indiscriminate disposal of toxic wastes and discharge of malodorous pollutants, the district collector asked the Rajasthan Board for Prevention and Control of Pollution (RBPCP) to investigate.

The RBPCP found pollution discharge was excessive and gave the factory six months to instal necessary controls. However, PIL informed the board in May 1992 that standard pollution control practices were in effect at the factory.

Nevertheless, in August, the RBPCP asked the district administration to get the factory shifted to a site 25 km away on the grounds of non-compliance with its directives. (When set up in 1962, the PIL factory was located on the outskirts of Udaipur; the city has now expanded beyond it.)
Anti-PIL Front president Mohan Dangi says medical practitioners in Udaipur are convinced the excessive factory pollution is seriously injuring the health of local residents. Although no studies have been conducted, doctors tend to link the rising incidence of such illnesses as asthma, diabetes, tuberculosis, nausea, headaches and cardiac problems with the excessively toxic emissions.

However, the district administration has not taken any action against PIL and the issue is now pending in court.

Meanwhile, the RBPCP seems to have done a volte-face, as explained by district collector Rakesh Srivastava: "The pungent odour, the most orchestrated charge, has been found to be harmless." Dangi, however, points out that there is more involved in the PIL issue than meets the eye because plant owner Saleel Singhal is the nephew of Vishwa Hindu Parishad general secretary Ashok Singhal. So far, adds Dangi, the Anti-PIL Front has been able to win the support of just the "enlightened section of the population", but is holding information camps and seminars to make everyone aware of the issue. He insists that PIL's 4,000-plus workers are silent "because they are scared of losing their jobs". A writ petition has also been filed in the High Court in Jodhpur.

PIL produces about 30 pesticides, including Malathion, Atrazin, Kitazin, Mancozeb and Phorate, all of which involves the use of highly toxic compounds.

PIL employees also admitted to this reporter that the plant emits toxic effluents. Sources within the factory pointed out the factory's waste disposal techniques are inadequate. "Liquid toxic chemicals are evaporated and the residue discarded in the open. This damages both vegetation and groundwater," said a factory employee. He explained that after the contaminated substances are burnt, the ash is dumped in a nearby field from where, in rains, it is washed into the nearby Ayad river.

Lallu Ram, a 52-year-old chowkidar at the Western Railway engineering office nearby, contends the factory is channelling toxic water into the Ayad river, which is poisoning a large tract of agricultural land. Lali Devi, who lives 500 metres away from the factory, says her neighbours have stopped using a hand-pump installed nearby because their children became ill. In fact, area residents now depend fully on the municipal water supply.

Mohan Lal, a marginal farmer in Khempura, says buffaloes and cows have died after eating grass growing near the factory. He contends the factory owners paid compensation to the owners to hush up the matter.

Lal and others farming land adjoining the factory, complain the pollution has reduced the fertility of their fields. "Until a few years ago, I was earning Rs 20,000 a year. Now, I barely make Rs 500," says Lal.