Malappuram is the most littered district in Kerala, while Alappuzha is the least, the study found

A massive 17,00,32,429 pieces of plastic are littering nine districts of the Kerala coast. They have an approximate weight of 1,057 tonnes.

That is the conclusion drawn by Thanal, a Kerala-based environmental organisation, which conducted a study to support the formation of an administration dedicated to the reduction of plastics and mitigation of marine pollution.

The team sampled 59 locations between the nine districts, over a period of five months — January to May 2019.

Malappuram is thus the most littered district in Kerala. On the other hand, Alappuzha is the least, with a figure of 0.87 pieces per square metre.

Facts at a glance

Since there are multiple stakeholders involved in maintaining the coast in Kerala and other states, there is no unified authority which can enforce strict laws. This is causing these areas to be abused, Nikhilesh Paliath, a member of the team that conducted the study, noted.

This view is supported by the findings of the study.

In addition to these items, the waste contribution of products relating to food and snacks, fishing activities, tobacco products, and personal care/ homecare came to 25 per cent, 17 per cent, four per cent and three per cent respectively. 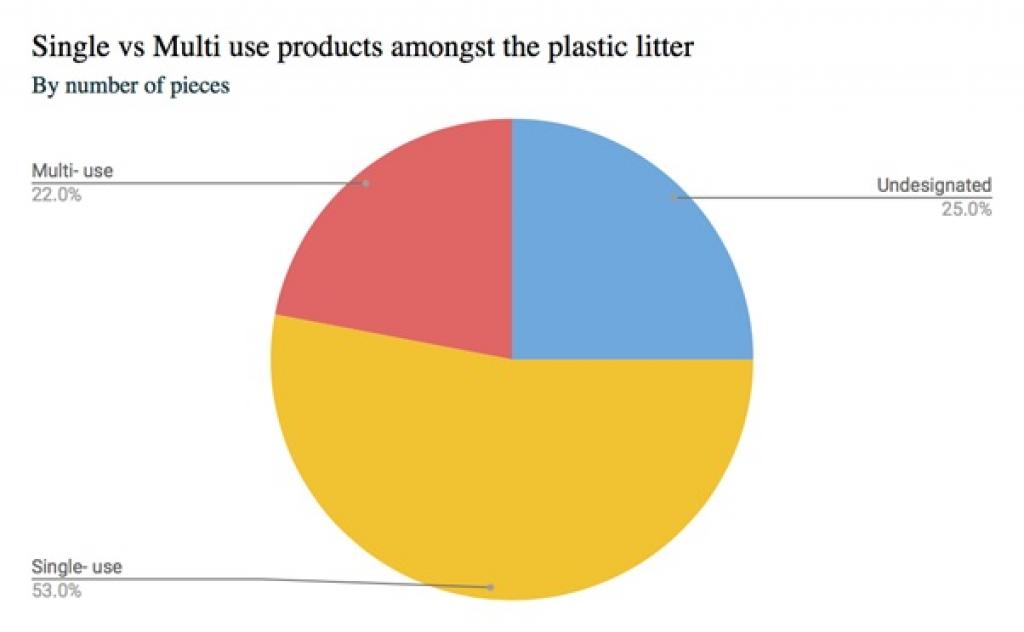 However, the reality of the segregation process was not so simple, due to a majority of the plastic waste consisting of minute fragments with unknown origins. In fact, some beaches looked deceivingly clean due to the fragments being ‘camouflaged’ in the sand.

A shocking observation was that none of the beaches sampled had dustbins, which is a violation of the Solid Waste Management Rules 2016. The rules state that a bin should be present every 500 metres.

Currently, Thanal is in the process of drafting a recommendation involving the simple measures various stakeholders can each take in order to preserve these areas. These stakeholders include those who live near beaches, visitors and tourists as well as industries and harbours located on the coast.

“We need more such studies across various coastal areas of the country to highlight the scale of the problem and push for action to curb land-based pollution. It is only cleaner and sustainable cities that will lead to clear water and oceans,” Sambyal added.