Cleanest Kolkata Diwali in 2 decades, but microphone noise a concern 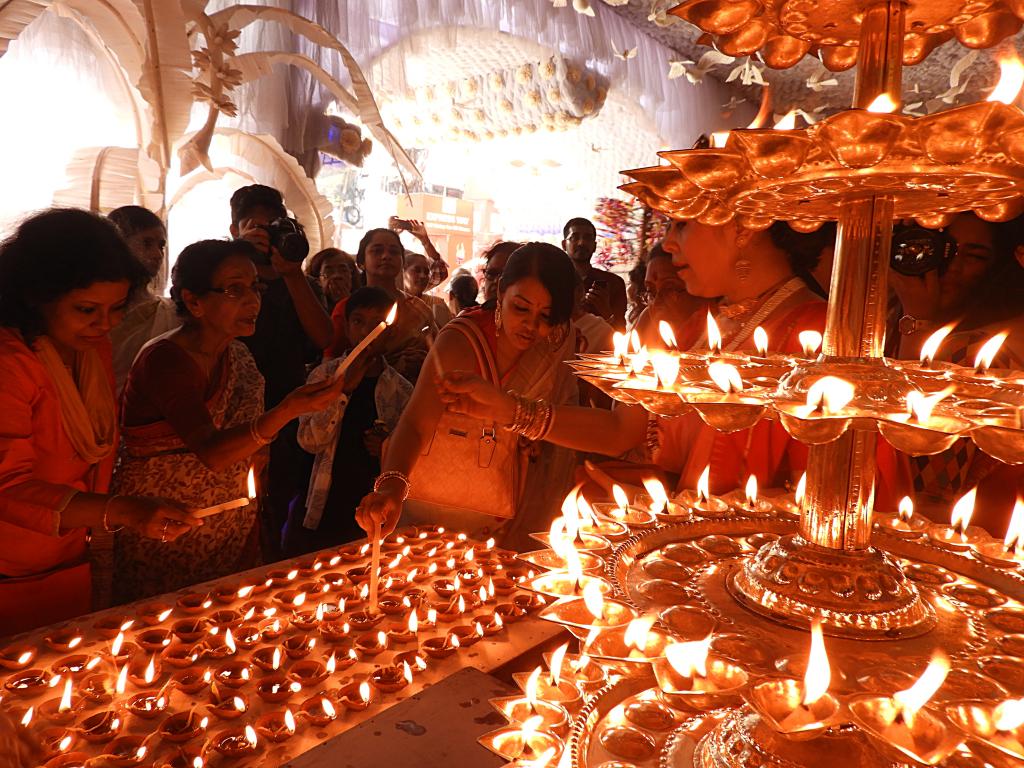 Kolkata had one of the cleanest Diwali evenings on record in the last two decades, although the air quality was still 50 per cent poorer than a normal November evening due to the impact of fireworks.

The green lobby hailed the improvement in air quality, saying the trend may have turned a full circle as a similar high court order, introducing restrictions on fireworks, was brought in the country two decades ago.

They, however, said large-scale loudspeaker-related noise norms were violated in the city and other parts of West Bengal.

The level of most toxic PM pollutants dropped to 185.75 micrograms in Diwali 2020 from 768.38 micrograms on the evening of Diwali in 2019, according to a report by the West Bengal Pollution Control Board (WBPCB).

This was against a national limit of 60 micrograms.

PM2.5 is the ultra-fine pollutant that can penetrate the deepest crevices of the lungs and trigger a bevy of diseases, including cancers. Experts have confirmed that the burning of fireworks leads to a huge production of PM2.5 pollutants, which include toxic heavy metals as most fireworks contain them.

Maximum AQI, an indicator of overall pollution in an area, plummeted 20-60 per cent during Diwali night at various pollution measuring stations in the city, compared to similar values in 2019.

The analysis of data from the Central Pollution Control Board, based on data generated by seven automatic air quality monitoring stations spread across the city, showed that the highest air quality index value between 7 pm and 12 midnight during Diwali 2020 evening was 398 in Rabindra Bharati; 316 in Ballygunge; 283 in Jadavpur; 192 in Bidhannagar; 326 in Fort William, 236 in Rabindra Sarobar and 277 in Victoria; ranging from moderate to severe.

In contrast, the AQI recorded in 2019 was 500 — the highest value measurable under the national air quality index and termed ‘severe’ — at all stations during Diwali evening.

“The data suggested the role of fireworks burning in the deterioration of air quality unless there were significant meteorological changes over two days,” said Siddhartha Dutta, a retired professor of Jadavpur University and an environment expert.

“The status of meteorological parameters has not changed in the last few days, including Diwali,” said GK Das, head of India Meteorological Department’s regional centre at Kolkata. It establishes the role of fireworks in the pollution spike, albeit on a smaller scale, on Diwali evening.

The data also suggested that the AQI level was the worst at 12 midnight (289) and increased consistently from 120 at 7 pm; which can be correlated to the rise in complaints.

The violations were reported by city residents and received by the WBPCB and green platform Sabuj Mancha. No such trend was seen during the evening before, which negated the possible involvement of meteorological factors.

“I am happy with the development and would like to thank police and common people for this improvement,” said WBPCB Chairman Kalyan Rudra.

Green activists hailed the air quality improvement and pointed out that the high court directive largely paved the way for this turnaround.

“This Diwali was definitely better than the earlier ones; but I think credit should go to the high court for passing a blanket ban on fireworks. People also mostly complied, possibly from the fear of the novel coronavirus disease (COVID-19),” said enviro-legal activist Subhas Datta.

On Diwali night and after, then WBPCB received close to 50 complaints while the green platform Sabuj Mancha received more than 70 complaints.

According to the outfit, stray complaints from city areas such as Kalighat, Dover Place, Entally, Beliaghata, Rabindra Sarobar, Lake town and Thakurpukur kept pouring in. They were more frequent from areas such as Kasba, Behala, Rajpur Sonarpur, Tangra and likewise.

“However, the situation in most hotspots known for violation, including many hospitals, was quiet,” said Dutta.

The green lobby, however, expressed displeasure at several noise norm violations from loudspeakers — particularly from disco jockeys — despite the state PCB banning them.

“We keep informing the police or the PCB, but nothing can be done about them,” said the activist.

This reporter found that on Diwali day, almost all community pujas were blaring music in excess of 80 decibel (the limit is 65 decibel). None of them had sound limiters, the instruments that ensure the noise levels remain within the prescribed limits, made mandatory by the state PCB according to a National Green Tribunal order.

“We received microphone- and DJ-related complaints and passed them on to police,” said a senior PCB official.