Reduction in NO2 pollution was first seen near Wuhan, but eventually spread across the country, according to scientists

According to the space agency, the decline was partially because of economic slowdown in the east Asian country following a novel coronavirus (COVID-19) outbreak.

The NASA monitoring satellites in the maps showed a significant decrease in nitrogen dioxide (NO2) levels between January 1-20, 2020 (before the quarantine) and February 10-25, 2020 (after the quarantine). 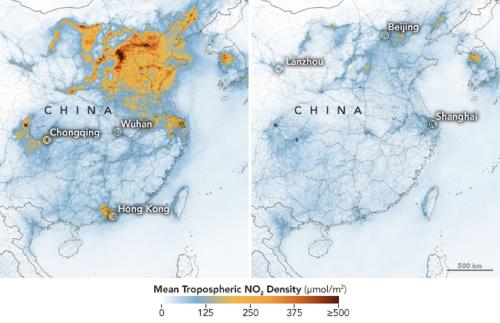 Scientists said reduction in NO2 pollution was first seen near Wuhan, but eventually spread across the country, according to NASA’s Earth Observatory. 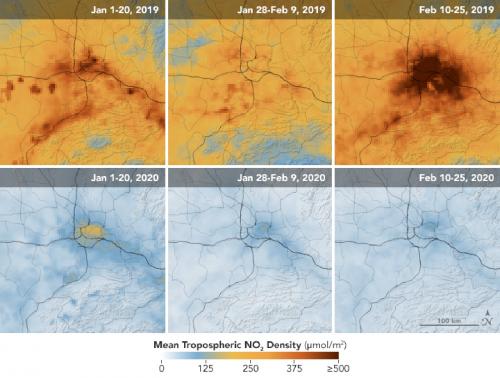 Unlike in 2019, levels in 2020 did not rise after Chinese New Year. Source: NASA Earth Observatory

A report by climate watch website Carbon Brief had earlier reported that COVID-19 may have shaved off more than 100 tonnes of CO2 in early February 2020.

According to the report, measures taken to control the epidemic resulted in reductions of 15-40 per cent in output across key industrial sectors.

According to scientists, the drop in NO2 in 2020 also coincided with Lunar New Year celebrations in China. According to past studies, air pollution decreased between last week of January and early February as businesses and factories remained closed during this time.

According to Fei Liu, air quality researcher at NASA’s Goddard Space Flight Center, “This is the first time I have seen such a dramatic drop-off over such a wide area for a specific event.”