Delhi air to remain ‘very poor’ this week. Here’s why the problem isn't going away

A mix of meteorological conditions & policy flaws behind the recurring problem 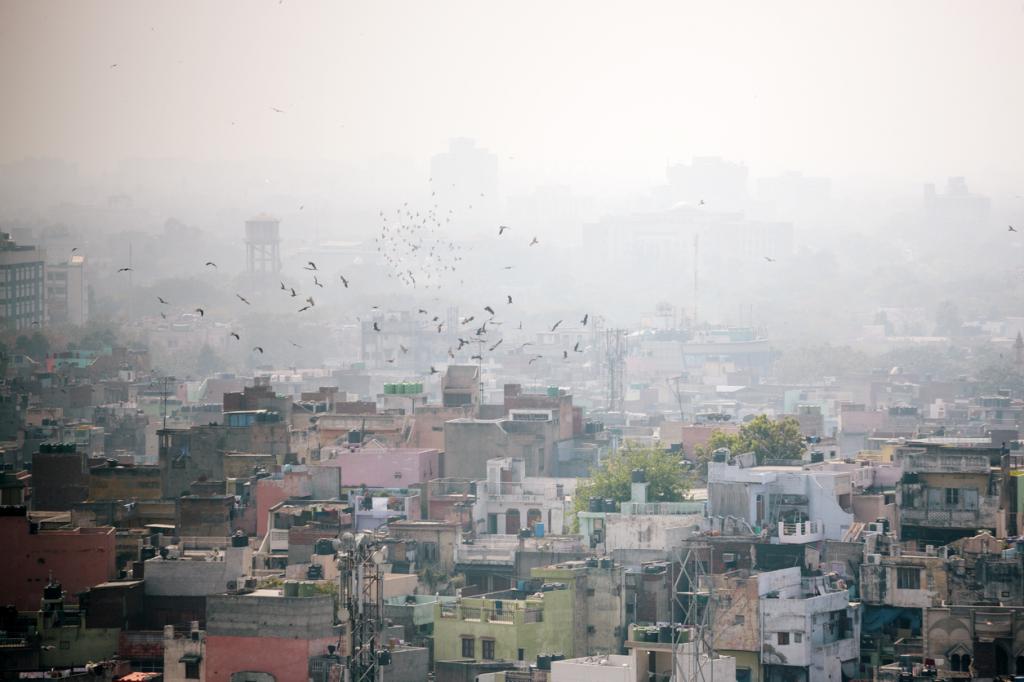 Amid forecasts on Delhi air quality to remain 'severe',  Delhi government on November 4 announced 50 per cent government employees will be directed to work from home on a given day and all primary schools will be shut.

At noon that day, the air quality index (AQI) at Anand Vihar monitoring station was 466 and that at ITO was 433.

Delhi’s AQI dipped to ‘severe’ levels with a reading of 424, on November 1. The situation further deteriorated on November 3, with some locations crossing the 700-mark.

Cities like Chennai and Mumbai had cleaner air around the same time, reporting AQI 58 and 140 respectively.

Read more: Air pollution kills our children; and it isn’t even acknowledged

In a move to curb pollution, the Arvind Kejriwal-led government November 3 suspended most construction and mining activities. Overall air quality over Delhi is likely to improve a little, from ‘severe’ on November 5 to ‘very poor’ on November 7 and 8, according to the forecast for Delhi mentioned on the Air Quality Early Warning System website.

The outlook for the subsequent six days is that the air quality is likely to remain largely in the ‘very poor’ category.

The predominant surface wind is likely to be coming from the southeast direction in Delhi, with wind speed of 4 km per hour, partly cloudy sky and mist / shallow fog in the morning on November 8.

The same is likely to be coming from the southeast direction in Delhi with wind speeds up to 10-18 kmph, partly cloudy sky and mist / shallow fog in the morning on November 6, the team predicted.

A ventilation index lower than 6,000 m2/s with average wind speed less than 6-10 km per hour is unfavorable for dispersion of pollutants.

The mixing height of the air, which determines how high the air is going to rise to disperse, gets lower during winter, she added. “In this situation, any pollution taking place in the city will get trapped.”

In winters, there is also this additional problem of stubble burning, the expert noted, adding:

How much the stubble burning fire counts are going to contribute to air pollution also depends on the intensity of fire, the direction from which the predominant surface wind is coming and the wind speed.

While stubble burning is the most talked-about problem today, it is an episodic problem that is different from sources (of air pollution) that are continuous, Roy Chowdhury said.

There are sources like vehicles, emissions from industries, power plants that contribute to air pollution throughout the year, she observed. “Stubble burning takes place during the harvest time.”

Under the current regulatory measures, particulate matter (PM) of diameter as small as 2.5 micrometres - much tinier than PM 10 - is regulated, according to the expert. “We do not directly monitor or regulate PM 1.”

PM 1, 2, 3 are all a subfraction of PM 2.5, and there are some technical challenges in monitoring them, she added. These are ultra-fine and are so volatile in nature that getting an accurate measurement of them is not practical, especially from combustion sources, according to Roy Chowdhury.

“PM 1 can enter the lungs and diffuse in the bloodstream, causing severe health hazards,” she added.

PM 10 is found in bigger portions in a polluted atmosphere, mostly in the form of a particle found in dust, while PM 2.5 is in a smaller fraction and is found more in combustion sources, the air pollution researcher noted, adding:

There are other gases in the air as well whose contribution to air pollution is often overlooked. If we are burning anything, we are getting nitrogen dioxide, sulphur dioxide, they are extremely toxic.

Gases, once they come out in the air, undergo further atmospheric changes and form particles known as secondary particles, she said. “Overall, PM 2.5 is what we have in the polluted air.”

The discussion around alarming air quality is mostly centred around Delhi, but should also include Haryana, Punjab and the larger region in the Indo-Gangetic plains, the expert said.

She suggested that the solutions to tackle the problem should have a regional approach. “The solutions could be divided in two: ‘In-situ’ or on field and ‘ex-situ’ or outside field.”

Under  in-situ, subsidies to buy in machines like harvesters and seeders that will help farmers choose these mechanisms over stubble burning in the harvest season, could be promoted, she said. "The subsidies are not reaching all the farmers and these gaps have to be filled."

Under ex-situ, she mentioned, the use of biomass over dirty fuel should be promoted.